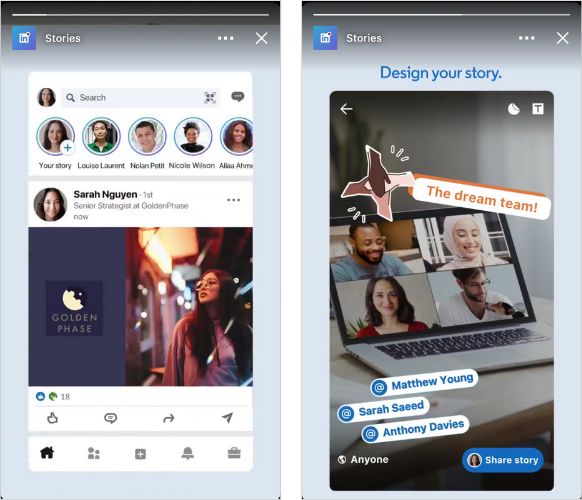 LinkedIn is one of the most looked upon platforms in the world of professionalism and it caters best to the needs of the corporate world. People use this platform to find potential business partners, jobs, internships, and most of all, to connect with professionals from all across the globe. LinkedIn is basically social media for professionals and there is no denying that.

Having said that, over a year ago, the company introduced its very own version of “Stories”, the temporary Stories feature that got trending from the likes of Instagram, Facebook, and Snapchat. Well, it is done and dusted!

Yes, you read that right, one year down and LinkedIn has decided to shut down its Stories feature on the platform.

What went wrong? Nothing! It just wasn’t working for LinkedIn as it does for Instagram and Facebook. More so, professionals aren’t that keen to upload disappearing posts on the platform and any attempt that pushes professional users to be ‘unprofessional’ or ‘casual’ on LinkedIn would most probably fail because people aren’t using LinkedIn for fun, they are using the platform for networking with people and staying in touch with what’s happening in their industry among numerous other things.

As mentioned in a report by Engadget, LinkedIn says that its users want videos and images that stay relevant on their profiles permanently, adding to their professional portfolio, not ones that vanish within 24 hours.

“Stories” is one feature that doesn’t work for all platforms and you wouldn’t know what becomes a hit and whatnot until you try and test it. LinkedIn did the same thing and after a year of observing engagement on Stories, the company has decided to say goodbye to its Stories feature.

However, this same phenomenon was noticed with Twitter where the platform introduced Stories with a new name “Fleets” but within just 9 months of rolling out the update, the company announced that it is shutting down Fleets. Although, the temporary posting feature is a massive hit on Instagram and Facebook. For your information, the feature was originally thought of and introduced by Snapchat but it escalated in popularity when Instagram launched it on its platform.

Coming back to LinkedIn, the company has noted the key takeaways from the Stories experience and it now knows that users want creative tools that liven up their videos and make the overall experience more conversational and richer. LinkedIn users want to express their professional life in a personal way and hopefully, LinkedIn has already begun jotting down the points on its whiteboard.