Liquid cryptocurrency exchange in Japan reported a cyberattack on Thursday, with a reported $97 million in digital coins. Liquid said that some of its digital currency bags were “compromised” and the hackers transferred the assets to four various bags. 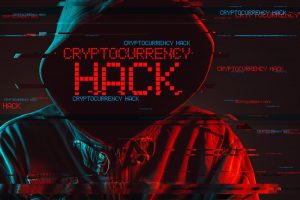 “We’re looking into and are going to provide regular updates,” tweeted Liquid. “Deposits and cancellations will be suspended in the meantime.”

Important Notice:
We are sorry to announce that #LiquidGlobal warm wallets were compromised, we are moving assets into the cold wallet.

We are currently investigating and will provide regular updates. In the meantime deposits and withdrawals will be suspended.

Liquid did not give the loss estimate. It says the Financial Services Agency of Japan is regulated there. Once contacted by media companies, the watchdog was not readily available for comment.

Elliptic, an analytics company based in Elliptic, said its analysis demonstrated that the hackers obtained around $97 million in cryptocurrencies.

Of the total amount of $45 million in tokens, — blockchain-based platforms that do not require intermediaries — were transformed to ethereum through decentralized exchanges, like Uniswap and SushiSwap, elliptic said.

“This allows the hacker to prevent this asset from being frozen — as many Ethereum tokens can do,” Elliptic said in a blog post.

As per CoinMarketCap’s data, liquid ranks among the top 20 worldwide crypto-trading volumes, handling over $133 million of transactions over the last 24 hours.

In a little over a week, it’s the second major cryptographic event. On 10 August, hackers stole the Poly Network, a so-called decentralized finance company, with more than 600 million DM tokens.

The hackers opened a dialogue with the organization in an exceptional turn of events and returned almost all funds. However, there are still over $200 million in an account which requires a hacker password.

This is similar to that of the last time the hacker said he had done so for fun, as he speculated that it was the same organisation behind the hack, or similar organisation.