According to CNBC, the market price of cryptocurrency token Litecoin rose by as much as 35% on Monday after a bogus press release produced by GlobeNewsWire claimed that the company was working with Walmart. 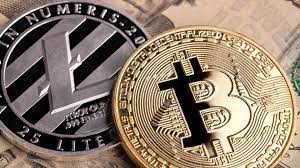 The phoney statement even contained fake quotes from Walmart’s CEO, claiming that the mega-retailer would soon begin taking Litecoin payments from customers. Multiple news agencies, including Reuters, Morning Brew, CNBC, and others, took it up.

A legitimate Litecoin Twitter account  also had a post promoting bitcoin. Markets reacted by boosting Litecoin’s price from $175 to $237 in a couple of minutes before crashing back to reality.

“Walmart Inc. (NYSE: WMT), the world’s largest retailer and retailer in the United States is happy to announce a major relationship with Litecoin,” according to the press statement. “The eCommerce behemoth wants to provide its millions of customers around the world the ability to pay using cryptocurrency in a seamless manner.”

However, not long after the storey went viral, internet sleuths discovered that the press release linked to a broken website. The fact that no such notification was there on Walmart’s official website was also questionable. The bogus press statement was quickly revealed by Walmart to CNBC.

Following the revelation that the press release was a hoax, a slew of news organisations issued retractions.

Some journalists and experts immediately had an idea about the possibility of a “pump-and-dump” scheme, in which the value of a stock is artificially inflated for a short period of time, usually by disseminating false information about the company (causing a “buying frenzy”) and then sold for a quick profit. Scams like this are widespread in the cryptocurrency sector. After Walmart rejected the announcement, the price of Litecoin soared to roughly $230 from around $175. It subsequently fell back to around $180. During that time, the hoax’s perpetrators most certainly made money.

Securities lawyers predicted that the bogus release would prompt a Securities and Exchange Commission investigation. Probable charges will inculpate against the fraudsters, whose identities are unknown.

The Securities and Exchange Commission (SEC) has declined to comment on the case.

The news company stated it acted immediately to remove an “illegitimate press release”. It went on to say that “this has never happened before”. And that it had “increased authentication processes in place to prevent this rare occurrence from happening again.”

GlobeNewswire also stated that it would cooperate with all authorised authorities in the investigation.