Lloyds, is looking for a digital currency expert

According to a recent job posting on BYP Network, Lloyds Banking Group, the British parent company of Lloyds Bank, is looking for a “digital currency [and] innovation senior manager.” With nearly $500 billion in assets under management, Lloyds is one of the world’s largest financial services organizations (AUM). According to the new digital currency job posting, the new employee will work with the company’s mobile banking network, which has “over 30 million consumers.” 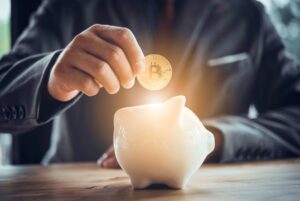 A ‘Digital Currency and Innovation Senior Manager’ is being sought by Lloyds Banking Group.

According to a job posting on BYP Network, Lloyds Banking Group is looking for a digital currency expert. According to Lloyds, the company’s Payments Liquidity & Settlement team is a newly formed venture unit, and the group’s “global network of bank partnerships” describes how they “look toward the future, digital currencies.”

The job posting comes on the heels of a recent spike in Fortune 500 companies trying to hire digital currency expertise, including Amazon, Apple, and Walmart, which just said it is looking for a cryptocurrency lead.

According to Lloyd’s job posting, “the outlook for digital assets has evolved considerably as several factors have combined to make them ready for the possibility of wider use.” “While central banks are aggressively studying digital currencies, regulatory clarity is improving. 86 percent are conducting pilots, and some geographies, such as China, are on the verge of becoming live.”

Candidate for Lloyds must be familiar with cryptocurrencies and should be based in Birmingham, Edinburgh, or London, but may be required to work remotely.

A candidate seeking a job at Lloyds must have a good background in payments products as well as “first-hand experience and knowledge of digital/cryptocurrencies and related technology.” The candidate for Lloyds’ digital currency expert must be familiar with fintech services and the present market.

According to Lloyds, the starting salary for this position is £59,040 per annum, with a bonus of £87,600 per annum, or $120,000. Lloyds, on the other hand, will present the potential employee with benefits such as:

According to Lloyds ‘ digital currency specialist job posting, if the individual fulfills the above skillsets, the bank would “ideally” prefer the employee to live in Birmingham, Edinburgh, or London. The job listing concludes, “These areas are our key payment centers, although applications are welcome from around the UK.” However, there is a remote emblem at the very top of the advertisement, implying that the employment opportunity might be filled from a remote location.

What are your thoughts on hiring a digital currency expert on Lloyds, British retail and commercial banking business? In the comments section below, let us know what you think about this topic.

Also read: Britney Spears might have used Bitcoin to hide purchases from her conservator and dad