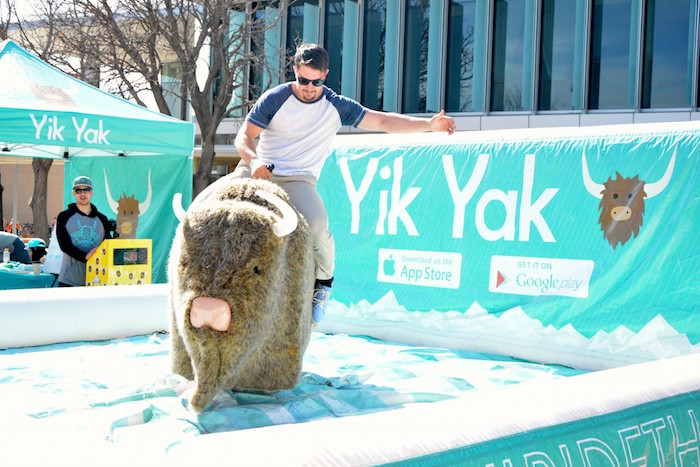 Local and anonymous social media app Yik Yak is back

Yik Yak, the anonymous, local social media app that only shows postings from people in your immediate vicinity, has resurfaced with new ownership four years after it was shut down.

The new version of Yik Yak obtained the rights to redesign the service in February 2021, according to the app’s relaunched website, with the goal of delivering a local social media network devoid of the “labels” that dominate conversation on other platforms.

Users can post and comment on brief text posts that can only be viewed within a five-mile radius on the new app, which is similar to the original Yik Yak from 2014. Entries can be upvoted and downvoted, just like on Reddit, and a separate “hot” feed combines the most popular posts from the previous 24 hours.

📣 ICYMI: After a 4 year hiatus, Yik Yak is available in the App Store again!

💭 Anonymity, location-based, the hot feed & more — everything you used to love about Yik Yak

👋 Now available on iPhone in the US — more countries and devices coming soon!

When it was first released in late 2013, the app was a one-hit wonder (especially on college campuses) for the most of 2014, when it was valued at $400 million by investors. Yik Yak was popular among college students because of its anonymity, but it was also riddled with bullying and abuse.

In an attempt to get back on track, Yik Yak included optional social network handles in early 2016, which were made necessary in August of that year, effectively destroying what made the site distinctive. Yik Yak’s first iteration was shut down in early 2017, when it was sold to Square for $1 million in exchange for its engineering talent and intellectual property.

The new Yik Yak, on the other hand, appears to be taking a serious stand against bullying and harassment on its platform, something that the original Yik Yak failed to achieve.

The new owners have posted an extensive list of its “community guardrails,” which include prohibiting sharing of personal information, “anything that could be construed as bullying, abuse, defamation, harassment, stalking, or targeted hate or public humiliation,” and more.

Bullying, hate speech, threats, or other violations of the community guardrails or terms of service can result in an immediate ban from the site, according to the firm. Posts with a total score of -5 will be hidden from view as well, to prevent further exposure of unpleasant or dangerous information.

Also, “if you are between the ages of 13 and 18, you may only use the Services with the approval of a parent or guardian,” the terms read.

The new Yik Yak is now only available for iOS users in the United States, but the developers promise that more nations and devices will be added soon.