Logitech Announced A Cheaper Alternative To Apple iPad Pro’s Magic Keyboard, Her Is What You Should Know Image Credits: Bolnews
Home
Gadgets

The latest iMac and iPad Pro 2021 were the two major stars of the Apple Case, which revealed a wide variety of long-rumored items. While the latter included an upgraded white Magic Keyboard, there is now a more affordable option.

Logitech also released a new keyboard and trackpad adapter for the 11-inch and 12.9-inch iPad Pro series, which is fuelled by the M1 processor.

The Combo Touch is a case with a kickstand that looks like it belongs on a Microsoft Surface and a detachable backlit keyboard with a trackpad. It connects via the Smart Connector on the iPad Pro.

If Apple’s white Magic Keyboard isn’t for you, Logitech has unveiled a new Combo Touch backlit keyboard case with a trackpad for the new 11-inch and 12.9-inch iPad Pro versions, which will save you over $100.

Logitech is known for producing keyboard cases for various iPad devices, but this recent Combo Touch will be the company’s first keyboard and trackpad for a 12.9-inch iPad Pro. It’s just in time for the iPad Pro’s upcoming release. 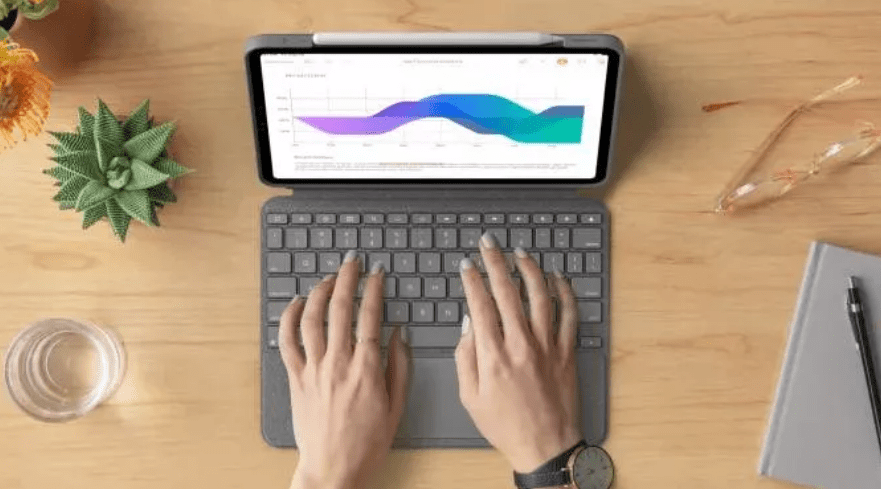 The new Combo Touch attaches to the iPad via Smart Connector, which includes a detachable keyboard and kickstand that allows you to use the iPad as a laptop. The case also has Logitech’s “largest trackpad” for a keyboard case, according to the manufacturer.

You may like the design of Logitech as well. While it isn’t as stylish as the Magic Keyboard, the case can provide greater security for the iPad, the detachability and kickstand provide more functionality, and the keyboard has a useful feature line.

The 11-inch edition is now available for pre-order, while the 12.9-inch model is slated for release “soon.” What do you think about the new alternative by Logitech? Share it on the comment section down below:

Must Read: Cloud Gaming To Generate $1.4 Billion This Year.