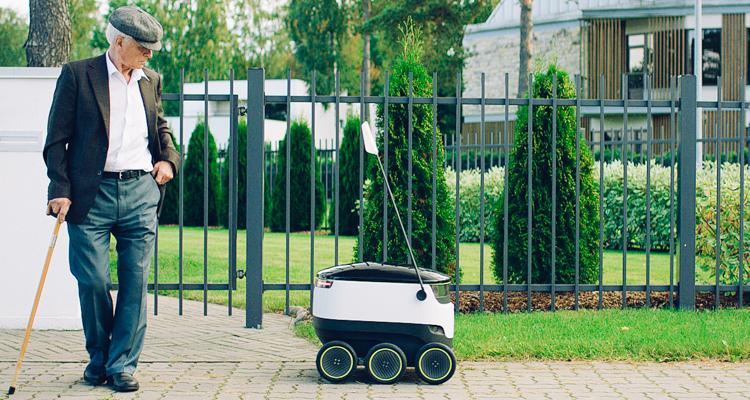 25 February, 2016, London: The streets of London will now have a new delivery boy hovering around and delivering parcels to the people. Startship Technologies will soon start their pilot project of testing these delivery robots on the streets of London. The company revealed its project last year and had received an overwhelming response from the city.

Unlike drone service, that can cover a longer distance and works on 30 minute delivery time frame by using GPS to deliver the package. Robots wouldn’t be going that far on the streets as they couldn’t avoid people or the bumpy roads.

Delivery robots can deliver a package which weighs around 20lbs and it has an advanced locking system which opens up only when it reaches its destination. However, it is also equipped with microscope, camera, and speakers which enables the operator to give away warning if anyone tries to tamper it during its travel.

“Tests on London’s South Bank had proved the robot successfully managed to avoid pedestrians. Behind the scenes, there’s a human operator that can take over if required,”company stated.