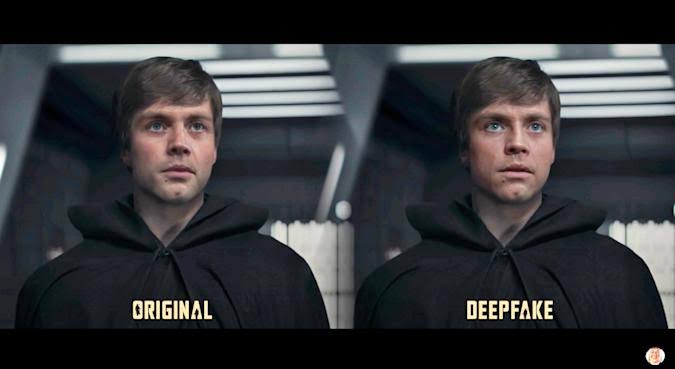 Lucasfilm, the producer behind the series Star Wars:The Mandalorian, has reportedly hired deepfake YouTuber Shamook, who has amassed over 2.7 million on a video published last December. As a heads up, The Mandalorian has become a fan-favorite among many loyal of the cult classic, and one of the best (or the most controversial, take your pick) things about the series is the return of Luke Skywalker, albeit much younger. The character is being played by Mark Hamill himself, but fans are not too amused about how VFX-heavy he looks.

On The Lookout for Talented Artists

The video in question is a deepfake of The Madalorian, and has gained a massive popularity on YouTube for how effective it has been in improving the quality of the VFX that has been used to de-age Hamill. Shamook has been hired by the visual effects division at Lucasfilm, which is known as Industrial Light and Magic, as a Senior Facial Capture Artist .

Posting a new video on his channel, the YouTuber posted a comment under the same informing his viewers that he had earned the gig a few months back, and that was the reason why he was not able to “work on any new YouTube content.” He added that since all the formalities are complete and he has settled at his job, the upload frequency is likely to go up again, albeit not as fast as it used to be.

The news of hire has since been confirmed by Lucasfilm, which has said that Industrial Light and Magic happens to always be on the “lookout for talented artists.” The statement further adds that the past years have seen the studio putting its money towards AI and machine learning in a bid to “produce compelling visual effects work.”

For some background, the season 2 finale of The Mandalorian saw fans’ excitement at seeing Skywalker quickly turn into a bit of disappointment when they noticed how heavy the VFX. Shamook came to the rescue, and released a deepfake video of the clip within four days. And to everyone’s surprise, the de-aging looked much better in the YouTube video, after it had been stripped down of the weight of the editing. This is said to be the reason why Lucasfilm took the deepfake YouTuber on board.

Interestingly, Shamook had pinned a comment below this specificity video, saying that there wasn’t much that could have been done about the lipsyncing, and had hoped to get access to some body double footage to “give it a try.” Well, seems like that isn’t a dream anymore.

The YouTuber is also known for improving the de-aging VFX on another movie, that is, The Irishman. The use of deepfakes to enhance the VFX used to bring back the young Robert De Niro has garnered 1.2 million views.