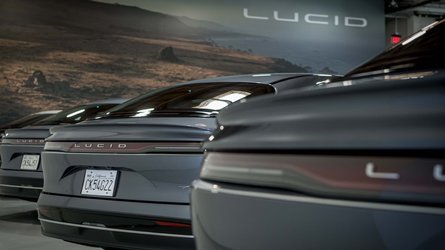 Lucid Air Reservation holders can avail of a discount of $7,500 if they are going to select the option of leasing through Lucid Financing Services. The price discount doesn’t apply to other models. The manufacturer sent out an email to its reservation holders about the details. The email explained that the discount would come in the form of a capital cost reduction, which basically means their monthly payment would be lower.

It was not made clear by Lucid in the email whether or not the discount applied to all Air variants, including the recently released Air Pure, the most affordable version of the electric sedan. With the discount, the price of an Air Pure should be $119,400, which is still a lot of money for a base trim, but it should help Lucid keep more reservations and turn them into actual orders.

It is now known why Lucid is only offering this discount if you lease an Air and not when you buy it outright, though. The company has been struggling to ramp up production sufficiently in order to get cars to customers, although it still managed to build 7,180 vehicles in 2022, of which it delivered 4,369 examples.

One clue as to why Lucid is only doing this for leased Airs lies in the amount being discounted, which corresponds to the federal tax credit for EVs. It could be that the leasing company can claim this discount and pass the savings along to the customer, it isn’t especially clear, but it could be an explanation. And while this announcement by Lucid was surely prompted by the aforementioned massive Tesla price cut, it’s not really the same thing. Tesla is already a pretty big automaker whose volume and margins allow it to cut prices by as much as it did, while Lucid is nowhere near in the same position, which is why it is going with this lease discount.

One month ago, it was revealed that Lucid called the customers who canceled orders, 14 times to confirm if the customer canceled. Lucid produced a total of 3,687 vehicles in the first three quarters of this year, short of the pace it needs to hit its target for the year, of between 6,000 and 7,000 vehicles. Meanwhile, Lucid saw reservations for its cars drop from 37,000 in Q2 to 34,000 in Q3. In a third-quarter earnings call, CFO Sherry House attributed the drop to a mix of deliveries made and customer cancellations.