Lucid Motors issues a recall for over 1,117 the Model year 2022 Lucid Air sedans. It applies to all trim levels, as there was a faulty wiring harness linked with the instrument panel. The issue is precise with the instrument display panel. There are no instances so far of any failure or interruption during driving for customers, as much as Lucid is aware. 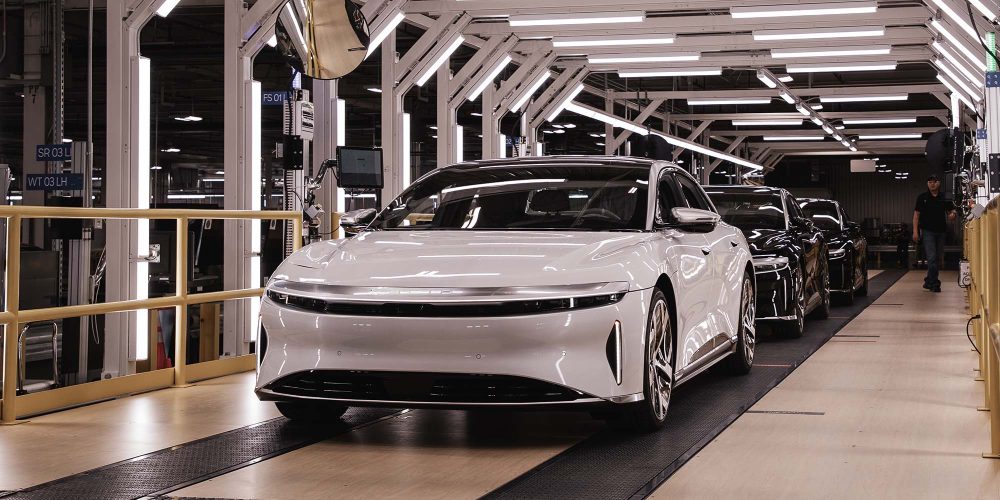 It is said that with the recall, the problem would be addressed  that the “wired data connection to the instrument panel may not have been secured properly during assembly.”  According to a spokesperson stated in an email,  “Lucid is not aware of any instances when these components have failed in a vehicle or caused an interruption to the instrument display panel.”

Ethernet wiring that is in the extra-long wiring harness is for the center and left driver displays. It can be damaged if it were to come in contact with the steering column. Damage in the wiring could mean “potential loss of data communications to the displays,” according to the company reports. Stated “Loss of communication at these screens could interrupt updating of the speedometer, gear selection indicators, telltales, and other in-vehicle notifications.”

In a notice to the National Highway Traffic Safety Administration, Lucid said it established a “clean point” for its manufacturing on May 4, 2022, after which point Lucid is assured that any “excess harness length” has been secured so as not to affect the instrument panel’s operation. “All Lucid vehicles manufactured prior to the clean point are potentially affected,” the company said. The company is in the process of ordering new wiring harnesses that don’t have excess length.

This is Lucid’s second recall. The first, which was issued in February, sought to address a potential suspension issue the automaker says is caused by “improper assembly by a supplier.” Lucid has struggled to get cars off the factory floor amid supply chain woes and other disruptions caused by the COVID-19 pandemic. Last quarter, the Newark, California-based company announced it was revising its annual production expectations to 12,000 vehicles from the original prediction of 20,000 vehicles.