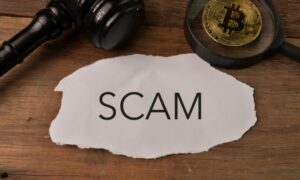 Mining Capital Coin CEO Luiz Capuci Jr. has been indicted by the US Department of Justice for running a huge cryptocurrency fraud operation. Capuci faces up to 45 years in jail after being charged with multiple offenses such as wire fraud, money laundering, and securities fraud.

Authorities in the United States think Capuci and others conspired to defraud $62 million from investors. However, as previously indicated, cryptocurrency mining and trading were not the primary goals of Mining Capital Coin’s investments.

Investors contributed nothing to any of the aforementioned initiatives. Capuci is suspected of utilizing stolen funds to fund his bitcoin accounts instead of fulfilling the company’s obligations.

According to US Assistant Attorney General Kenneth Polite Jr., criminal cryptocurrency schemes harm the nascent sector, and the government is committed to prosecuting financial fraud laws.

Crypto fraud is on the rise, and many people have been charged as a result. Last week, the CEO of a South Korean cryptocurrency exchange was detained for spying. In late February, a grand jury accused Satish Kumbhani, co-founder of the BitConnect bitcoin exchange, of a plethora of offenses.

The Department of Justice announced in April that Reginald Fowler, a former co-owner of the NFL’s Minnesota Vikings, had been charged with assisting in the fraudulent processing of $750 million from multiple cryptocurrency exchanges between 2013 and 2019 when US banks had cut off the industry.

After pleading guilty to bank fraud, conspiracy to conduct bank fraud, and operating an unregistered money transmission business, he faces up to 90 years in jail.

If you find this article informative then do not forget to share it with your friends and family! Also, let us know what are your thoughts about the topic in the comment section below.