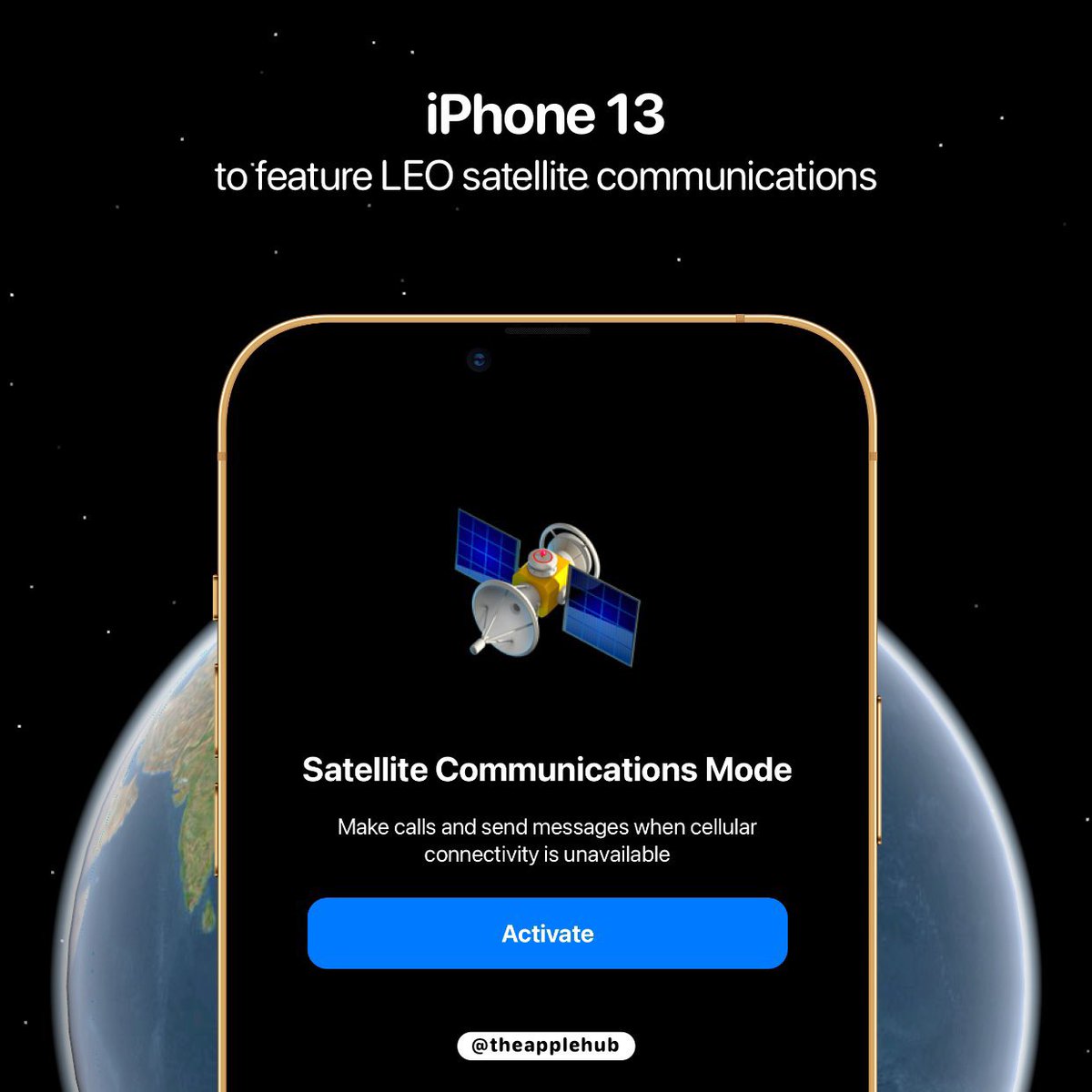 Apple, the iPhone maker, and the technology giant would not survive without continuous innovation, invention, and re-invention of their current state. It is not only true for Apple but for all technology companies out there and well, as we know, Apple is really good at doing its job.

On that front, there are rumors floating around the internet, suggesting that Apple might be launching a new LEO satellite connectivity feature wherein LEO stands for Low Earth Orbit satellite connectivity. As exciting as it may sound, there will definitely be a thousand limitations to this technology, just yet because carriers and most probably the government would not allow Apple to offer satellite calling to iPhone users.

As mentioned in a report by Engadget and noted by 9to5Mac- Bloomberg’s Mark Gurman has some thoughts on Apple’s upcoming new rumored feature.

Gurman says that Apple’s upcoming new feature allowing Satellite connectivity is most likely to come only in select markets and will not be allowed to everyone. However, only in places without cellular coverage, again speculated. Other than this, Gurman is sure that this new feature will definitely not serve as a backup option on when you have shitty connectivity.

According to Apple leakers and sources, the upcoming iPhone that is speculated to be named “iPhone 13” will be equipped with a Qualcomm X60 modem for satellite service but Gurman says that it will still not be ready to serve as a fully functional satellite phone.

There are several other featured rumored to be coming with the next generation of iPhones including an always-on display, bigger battery, new 120Hz display refresh rate, and much more. However, the design of the iPhone 13 is said to be the same as the iPhone 12 but newer colors- Rose Gold and Sunset Gold are expected.

Other than this, Apple is speculated to have multiple launch events this year as well because of the COVID-19 pandemic situation. The September event which will most likely be scheduled for September 14th will launch the new iPhone 13 lineup, Apple Watch Series 7, and probably new Airpods 3.

As mentioned in a report by Engadget, Apple Watch Series 7 might be delayed in availability due to display issues, says Gurman. The second event could happen sometime in November where the technology giant would launch the new MacBook Pro models along with a redesigned Mac Mini. There are some serious expectations from Apple, especially with the iPhone 13 and hopefully, we can expect an event date very soon.