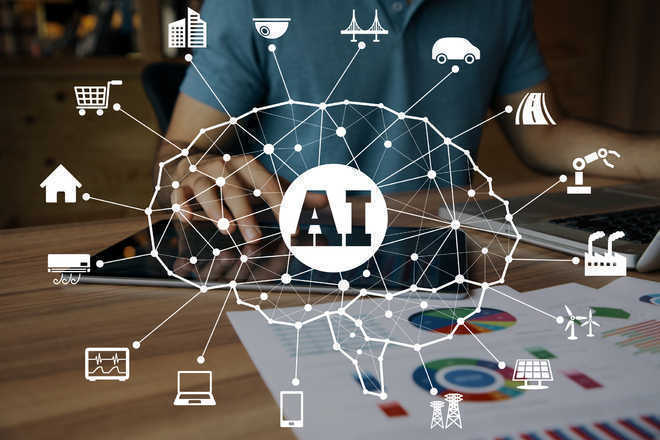 You all must have read the question in the title and I would want you all to prepare an answer in your head about what your opinion is on this matter. Can machines and Artificial Intelligence systems be considered as patent inventors by the United States Patent and Trademark Office? Well, the answer is being tossed around by multiple judgments in a lawsuit filed by Stephen Thaler.

Stephen Thaler filed for two U.S. patents back in 2019 describing a food container created by using fractal geometry and an emergency light beacon, as mentioned in a report by The Register. The owner of these two inventions, Stephen Thaler is the founder of Imagination Engines which is a company in Missouri. Now, instead of using his own name on the patent applications, Thaler gave the credits to his neural network named DABUS, saying that this machine is responsible for these two creations and thus, he wants the two patents to be filed in DABUS’ name.

According to reports, the United States Patent and Trademarks Office rejected the application saying that only natural persons are allowed to be named inventors on the patent documentation and a neural network or any other machine cannot be given this entitlement. Later on, Andrei Iancu, Director of the U.S. Patents office was slapped with a lawsuit from Thaler in the federal court in eastern Virginia.

I am sure that the lawsuit must have been very interesting but those of you who don’t know the primary arguments- Thaler mentioned that no statute or case has been found till date saying that an Artificial Intelligence-generated invention cannot be patented, or holds that an Artificial Intelligence System cannot be named as an inventor by the U.S. Patent and Trademark Office. The whole argument was based on this point.

On the other side of the bench was Judge Leonie Brinkema who disagreed and sided with the U.S. Patent Office, saying that individuals must take an oath to swear that they are the sole inventor on the patent application. These inventors must necessarily be natural persons which an AI definitely is not.

So, where is this argument going?

Well, Thaler says that we shall continue the fight primarily to prevent humans from taking credit for what Artificial Intelligence systems and other machines have invented.

However, not very long ago an Australian federal court agreed to what Thaler was trying to say and sided with Thaler’s point of view on how machines should be allowed to put their name as inventors on the patent application. Unfortunately, according to recent reports, the Australian judge has overturned its statements saying that the subject matter concerns public importance and the appeal does not represent a policy set forth by the Australian government.

What do you think should be the case, because anyhow, this matter is going to be a long debate in the future? Let us know in the comments below.

Why don’t we put the AI’s name on the patent application alongside the name of the person who created that AI system in the first place? Technically, he/she is the inventor of the by-product. Think about it!