Fraud and malware tracker group @MalwareHunterTeam have said on their official Twitter account that a number of verified accounts (at least 20 of them) were indulging in spreading Bitcoin spam. The spam is allegedy targeted towards the followers of Tesla Chief Elon Musk, who is a self-proclaimed Bitcoin supporter, ahead of his appearance at Saturday Night Live (SNL). He was reported to itself acting as a host on the show last Saturday, prior to which, the spam thread began. 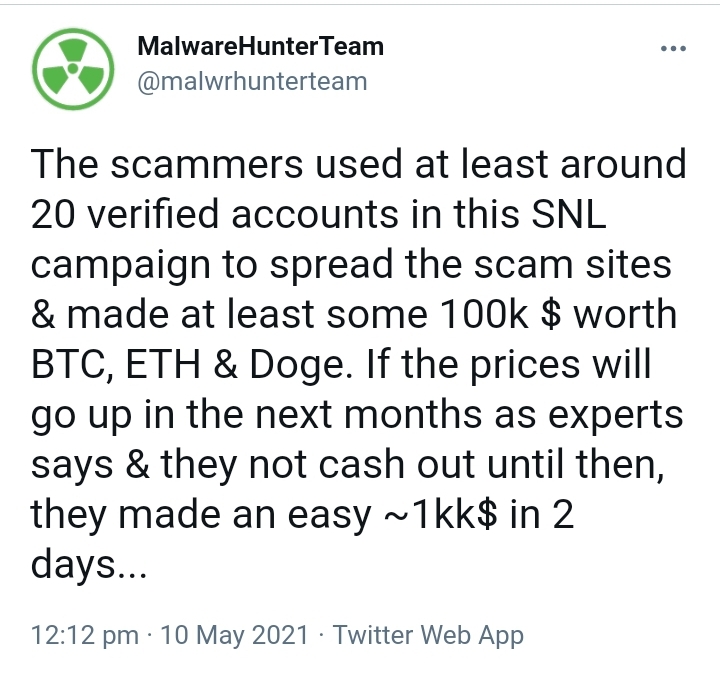 The tracker team, with the Twitter handle @MalwareHunterTeam, have shared several screenshots regarding the issue. The spammers were allegedly changing their profile images to resemble the one on SNL’s official Twitter, and had also altered their usernames to SNL. However, their bios and handles remain unchanged, allowing for their identification. One such account belonged to an Argentinian Senator by the name of Jorge Taiana, who had a following is of 114,000 people.

The users behind these accounts were allegedly trying to lure in Musk’s followers so as to scam them, by posting replies to Musk’s tweets. Each reply apparently asked people to visit a website, a stand a chance to participate in the distribution of 5,000 Bitcoin (which, on Saturday, stood at a cumulative price of $295 million). 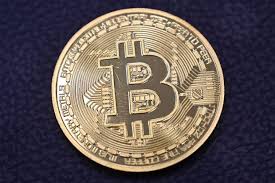 The website was being hosted on Medium, and upon visiting it, users would be redirected to another “competition site”, which featured a Tesla logo to fool them. The website read, “send from 0.02 to 5 BTC to the address below and get from .20 to 50 BTC back!”

Pretended to be SNL 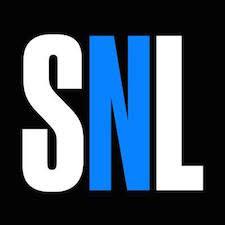 The message on at least one such scammer account read, “We are ready to present the event we announced on our show today. We want to thank our supporters and also help crypto adoption.” It also said that the scammers would be distributing 100,000,000 Doge among the people who visit the website and send them Bitcoin.

@MalwareHunterTeam on Monday revealed that the scammers managed to snag at least $100,000 worth of crypto, from Bitcoin to Dogecoin. They have further expressed fears that should the market prices of crypto increase in the coming months as has been predicted by experts, then the scammers might have made around $1,000,000 easily, provided they don’t cash their crypto out till market prices rise.

They have also claimed that the scam is still going on, and that the number of accounts has risen from at least 20, to at least 25. The team has called out Twitter for failing to take action despite the widespread chaos caused.