Having a lot never guarantees you the desired success.

As a nation that is looking up to more & more start-ups; the key to their sustainability & productivity should be identified. And who better than Mukesh Ambani who is the evergreen leader of business can take the responsibility to make this concept clear & transparent. 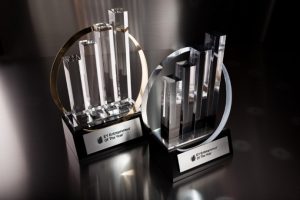 MORE ABOUT THE ADDRESS

Mukesh Ambani addressed the audience at the virtual 22nd Entrepreneur Of the year ( EOY) ceremony for the year 2020. There he started to express his opinion on what exactly the country can expect in this coming timeline.

The government has also played a major role that has been applauded by the corporate leaders. He also underlined that the technologies have played a major role and increased the scope for the business altogether. The position of India can be seen as bright today & tomorrow. The people of this country especially entrepreneurs are capable to beat the world in the respect of quality. They have dual responsibilities of serving the national & international markets. We can expect that the country can be the new market that will cater to the requirements globally in all domains.

Shri Ambani also made sure that the young professionals or budding people have no fear to face failure. He clearly said that India is all set to come up

As an economic power

As a democratic power

As a Diplomatic & Strategic power

As a Cultural Power

And most importantly A digital & technology partner

He clearly underlined that the country is hungry for success and this hunger will take us to heights. He made it clear that one thing that every entrepreneur should try to work out is using your limited resources but in sync with unlimited determination. You cannot learn to adjust your personality as long as you face this situation.

WHY IS THIS ADDRESS RELEVANT?

The opinions of the people who are at the top of the helm have a lot of significance. They reflect experience, hard work and most importantly the tactics that you need to understand.

Mukesh Ambani as a businessman, entrepreneur and as a leader holds an experience of every possible market situation. His insights into the world of the business would not only help to analyze the situation but also take effective ways to combat the competition in the most appropriate manner. His address was very much focused on the pulse of the country which is entrepreneurs and he clearly mentioned that no carelessness can be expected on the grounds of determination, passion and perseverance.