The owner of the NBA team Dallas Mavericks, Mark Cuban, has said “no” to investing in bitcoin-based exchange-traded funds (ETFs), one of which is slated to begin trading in the US next week. When he can buy bitcoin directly, the Shark Tank star says there is no reason to invest in a Bitcoin ETF.

No Bitcoin ETF for Mark Cuban 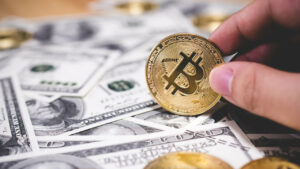 Mark Cuban, the Shark Tank star and owner of the NBA team Dallas Mavericks, has spoken out about the much-hyped Bitcoin exchange-traded funds (ETFs).

Cuban has no plans to invest in the Bitcoin ETF or a Bitcoin futures ETF when they become available on an American platform. In response to a query about whether he intended to invest in any bitcoin-based ETF in an interview with CNBC on Friday, the shark tank celebrity replied: ”No. I can buy BTC directly”.

Mark Cuban has been involved in the crypto world for a long time. Because of its algorithmic scarcity, he previously referred to Bitcoin as “better gold than gold,” viewing it as a store of wealth rather than a currency. In April, he stated: ”That’s why I own Bitcoin and why I never sold it”.

The Dallas Mavericks’ owner has previously stated that he has invested in ether (ETH), dogecoin (DOGE), non-fungible tokens (NFTs), and other blockchain firms. Dogecoin is the “strongest” cryptocurrency for payments, according to him and Tesla CEO Elon Musk.

When it comes to cryptocurrency regulation, Cuban believes the regulations are confusing and has openly chastised the SEC for pursuing an enforcement-focused approach to the industry’s regulation. “The issue isn’t that individuals are hunting for grey areas; it’s that specified guidelines are rarely found. All of the folks who can’t afford a lawyer, accountant, or advisor are trapped by regulation through litigation,” he stated.

Investing in a Bitcoin ETF based on futures allows investors to gain exposure to the cryptocurrency without having to hold it. This can be useful for those who are unclear of how to buy bitcoin safely or who would rather not be responsible for protecting and securing their bitcoin wallet. Bitcoin’s price fluctuates a lot, so an investor buying the cryptocurrency directly would have to be ready to deal with it.

ProShares and Invesco’s proposed ETFs are based on futures contracts and will follow mutual fund criteria, as recommended by SEC head Gary Gensler for any futures-based bitcoin ETF.

According to Todd Rosenbluth, director of ETF and mutual fund research at CFRA, futures-based Bitcoin ETFs give investors some exposure to the crypto market without actually owning any coins:”The price of the ETF will not be the same as the price of Bitcoin. As a result, it’s probably better for short-term exposure than long-term investing”.