Marvel Entertainment has decided to expand the non-fungible token universe following the success of the Spider-Man NFTs.

Fans of Marvel superheroes will be able to enjoy a new set of NFTs centered on their favorite characters. Captain America, Bucky Barnes, and the Red Skull will be among the characters featured in the new digital collection. 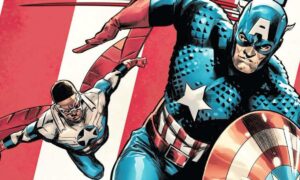 The comic book behemoth published a digital collection for Spider-Man in collaboration with the VeVe marketplace. The company announced that all 60,500 digital statues were sold out within 24 hours of the introduction, indicating that the first edition was a success. Marvel has decided to expand its NFT universe, which comes as no surprise. On the 14th of August, the group published another set, this time for Sentinel of Liberty supporters.

The Captain America series will be the first Marvel Mighty collectibles. It will star Steve Rogers, the first Captain America, as well as John F. Walker, Sam Wilson, Bucky Barnes, and the Red Skull, their deadly foe. On the VeVe app, the company wants to make August a “Marvel Month.” As a result, it intimated that more superheroes might be on the way in the coming weeks.

Marvel was the second comic book company to debut NFTs centered on some of its heroes, as previously noted. DC Comics, the company’s main competitor, launched a digital collection for Batman earlier this year.

In the last year, non-fungible tokens have moved far beyond their initial use cases. They’re now being used by sports teams, entertainers, business people, and everyone in between to improve audience engagement.