A Maryland man has been charged with laundering $2,933 Bitcoin (BTC) from a US prison cell, which is worth over $139 million. Federal prosecutors have charged Ryan Farace, 37, with laundering money while serving a 57-month sentence for trafficking drugs on the dark web.

Farace was originally convicted in 2018 and was forced to lose 4,000 bitcoins, valued at $189 million at the time of writing, as well as $5.6 million in cash and property. Farace allegedly sold Alprazolam, a generic variant of the sedative medication Xanax, under the alias “Xanaxman.” 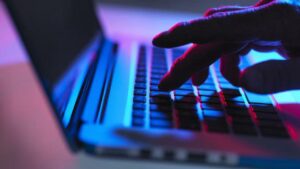 Between November 2013 and June 2017, Farace used a pill presser to convert Alprazolam into over 920,000 counterfeit Xanax pills, according to the United States Attorney’s Office for the District of Maryland. Farace then allegedly collaborated with a co-conspirator called Robert Swain to launder his money using Bitcoin.

“Specifically, Farace used pseudonyms to communicate with a co-conspirator using dark web marketplaces and encrypted messaging in order to swap Bitcoin for cash that he got from his drug trafficking. The co-conspirator would then mail or ship packages of US money to mailing addresses provided by Farace, equal to the value of the Bitcoin received, less a fee…

Farace received more than $5 million in cash in the mail during the conspiracy, which he had traded for Bitcoin acquired from narcotics trafficking. Farace and Swain also traveled to New Jersey in order for Swain to collect $200,000 in cash that Farace had swapped for Bitcoin. Swain gave the guy he met a phony name and falsely indicated that the Bitcoin and cash were his own during the in-person meeting on February 16, 2017. Farace and Swain later attempted, but failed, to convert Bitcoin for $400,000 in cash with the same person.”

According to the Baltimore Sun, the latest indictment claims that while incarcerated in prison, Farace and his father, Joseph Farace, laundered profits from drug enterprises between October 2019 and April 2021.

The indictment is silent on whether the freshly seized crypto assets were part of the proceeds Farace was ordered to forfeit, or if they were assets that the government had not previously identified.