Mayo Clinic has launched two joint ventures with the main objective of building and commercializing artificial intelligence-based diagnostic tools. The main idea behind this was to develop algorithms that will be of substantial help in backing the decisions of clinicians. A suite of cardiology tools marked the beginning of this venture. 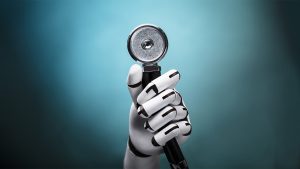 Mayo Clinic had already announced its plans concerning the creation of an “AI factory” a month before in connection with its partnership expansion with Google. The news about the joint venture launch adds more weight to the former plans.

The clinic will launch two companies, namely, Lucem Health and Anumana in connection with two startups.

According to Dr.John Halamka (Platform President of Mayo Clinic),

“Why did we create two portfolio companies, one to do the data ingestion, orchestration, and connectivity, and one to do algorithms? In many ways, they are complementary problems.”

Although the initial focus will be on cardiology and corresponding solutions, the future will also see the generation of algorithm companies focused on neurology, behavioral health, radiation oncology, and many more.

Lucem health, the first among the two joint ventures was created with the objective of pulling in data from remote devices. This is then normalized for the creation of algorithms and new diagnostic tools. Mayo Clinic in collaboration with Commure is investing about $6 million into the startup. Commure is a general catalyst-backed startup based in Boston and San Fransisco.

Apart from pulling in data from remote devices, it will also be of substantial help in supporting algorithms and integrating them into the workflow of the clinicians.

Anumana was created with the objective of developing and commercializing algorithms used for early disease detection. Anumana is being launched jointly by Mayo Clinic and Cambridge, Mass-based Nference. A series-A investment of $25.7 million is made for the launch of the joint venture.

The joint venture will be build on a prior-existent partnership between Mayo Clinic and Nference. In two of Nference’s funding rounds, Mayo Clinic was the lead investor.

Initially, Anumana will be responsibe for the development of neural network algorithms created using ECG signals, in addition to commercializing an algorithm developed by Mayo Clinic under cardiovascular medici

In addition to using the internally developed algorithms, Mayo Clinic also plans to extend them to other health care facilities. In short, the benefits of the joint ventures will not be exclusive to the patients of Mayo Clinic alone, rather it will be accessible to the entire health industry.