Meeting between Elon Musk & Twitter employees – As it happened

CEO of Tesla, Elon Musk, addressed Twitter employees on Thursday at 11:30 AM (EST) in an unusual move.

During the meeting, Musk was asked by employees why he loves Twitter, to which he replied, “I learn a lot from what I learn on Twitter.” It’s a “great way to get a message out”, “some people use their hair to express themselves, I use Twitter”.

Elon Musk reiterated his support for the ‘work from office’ concept, as he quoted the example of Tesla. According to him, Tesla makes cars, and due to that it cannot implement work from home as cars cannot be made remotely.

Musk said that Twitter employees can for now continue to work from home, but should ensure the quality of work done. 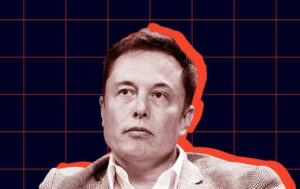 Even though Musk was not mentioning anything specifically about company policy regarding work from office policy, he said that he is strongly biased toward working in person.

When asked about the possibility of lay-offs from Twitter, Musk was quick to respond that there is a need for the company to get healthy and that costs now exceed revenue by huge margins.

He also added that anyone who is doing a good job and significantly contributing to the institution, need not worry about any lay-offs.

Another important point raised by Elon Musk was about the right of people to say what they want.

Elon Musk said that Twitter should allow people to say whatever they want, irrespective of whether it is legal, illegal, offensive, or disrespectful.

Users who wish to talk in a racist way should be allowed to do so on Twitter. But Twitter should not promote any such content or tweets.

Regarding inclusivity, Elon Musk said that the most inclusive thing to do would be to get all humans on Twitter.

The meeting got concluded at 1 p.m. Eastern Time.

Elon had earlier proposed to buy Twitter entirely for $43 billion. On April 25, the Board of directors of Twitter unanimously accepted Musk’s offer. After the board decision, on May 13th, Elon Musk informed that the Twitter deal has been put on hold. It was due to information that 5% of users on Twitter were spam. On June 6th, Musk threatened to call off the deal. Twitter repeatedly avoided his request to get access to user base data.

There was no conversation in the meeting regarding the current status of Musk’s deal to take over Twitter.