Mumbai, 13 December, 2014: Venue discovery startup Megavenues.com was yesterday named as a winner at the  Hot100 Technology Awards 2014 held at Hotel Orchid in Mumbai. 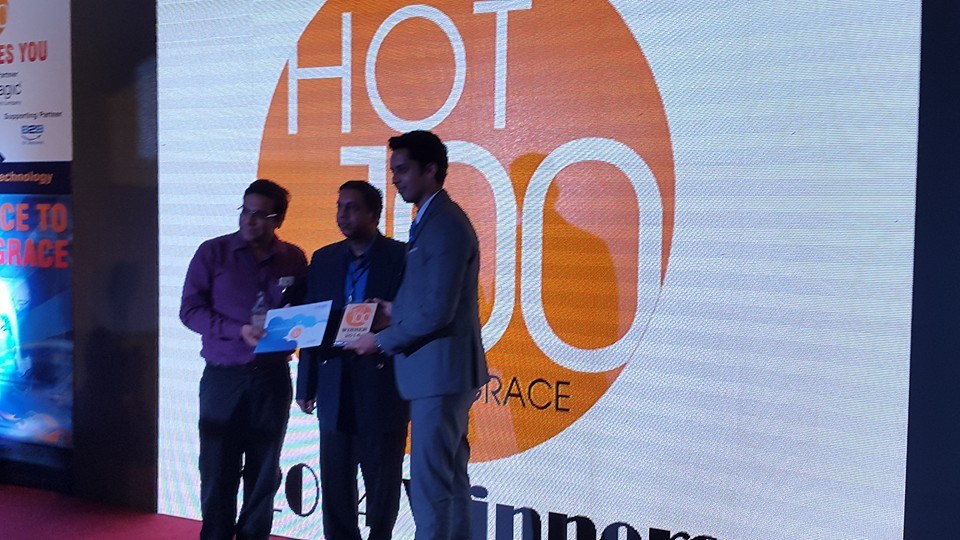 This jury selects the award winners based on structured metrics based evaluation process and the most impact driven companies are chosen as winners.

Speaking about the award, Rahul Rane, Co-Founder and CEO of Megavenues said, “Thank you Hot100 for the recognition. This definitely pumps up our entire team and gives us great traction as we are are working towards expanding globally early next year.”

“We are creating a game-changing marketing platform for venues that generates the best ROI, and the response we have form the venues is very encouraging. Our front end users are loving it because we have made searching and connecting to venues extremely simple. Within minutes you are able to connect to a dozen venues and get quotations.” said Sanaya Ranade, Venue Relations Manager at Megavenues.com

Megavenues is slowly becoming an integral part of future plans and a high value partner for online advertising needs of a number of renowned venues across India, according to Megavenues Co-founder and COO, Shrinivas Chaphalkar.

Megavenues.com is a marketplace for event spaces. Thousands of people use Megavenues each month to plan weddings, private parties, get togethers, conferences, meetings and more. For venue owners, Megavenues is the best platform to attract targeted leads, increase business and boost branding.

Megavenues.com was founded in september 2013 and has expanded to 9 major cities in India including Pune, Mumbai, Delhi, Bangalore, Goa, Ahmedabad, Hyderabad, Chennai and Kolkata.

Megaveneus already generates leads worth Rs 5Cr+ per week from its platform and is set to expand to 21 cities, including 6 global cities in the next year.