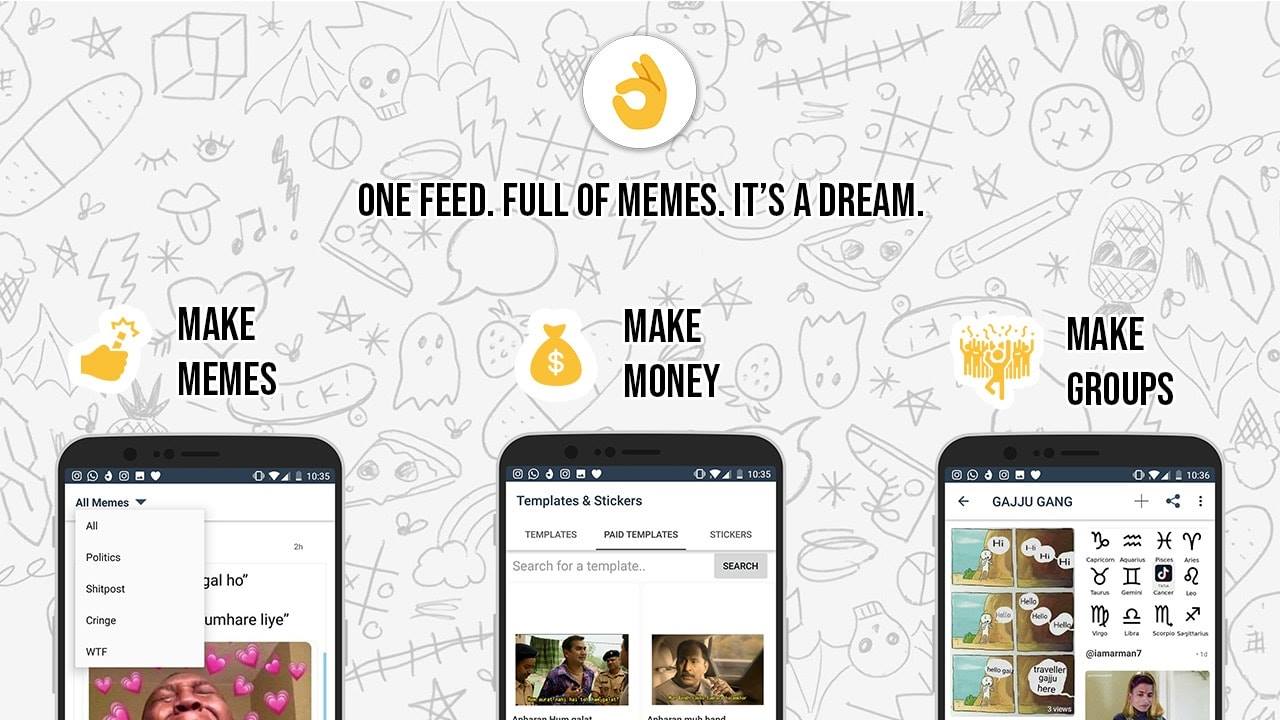 MemeChat is a platform for all creators and social media influencers who make memes for entertainment and would like to cash in on the business opportunity. The meme-making phenomenon that has been hilariously terrorising the social media platforms can help you make money if you’re a creator. MemeChat makes this possible.

Having said that, the start-up has recently announced to have raised USD 150,000 from multiple global Venture Capital firms and has also become the only Indian start-up to be a part of the 500 Startups accelerator program for the early fund’s 27th batch in 2020.

Founded by Taaram Chanana and Kyle Fernandes in 2019, MemeChat was also the winner of the prestigious AatmaNirbhar Bharat App Innovation Challenge, an initiative by Prime Minister Narendra Modi.

When asked about the latest funding, MemeChat mentions utilising the freshly infused funds to revamp their platform and make it more user-friendly, according to a report by Entrepreneur. The report further says that very few start-ups get selected after a meticulous selection process by the early-stage fund i.e., 500 Startups and the Meme-based start-up was selected for the accelerator program as well as for funding to become the only Indian start-up selected for the flagship program.

On receiving the funding, Kyle Fernandes, Chief Executive Officer and Co-founder of MemeChat says that Securing the funding from such a globally renowned company like 500 Startups will help MemeChat to boost their growth plans. He further added that this funding and global recognition is a huge deal for a young company. This recognition will further help the company gain more exposure in the start-up ecosystem.

MemeChat has been popularly known for its in-app features and interactive sessions with meme battle and trending memes section. As mentioned in a report by Entrepreneur, meme battle is a fun and interactive platform which is designed as a debating battle where users use memes to prove their points. Furthermore, the trending section includes all of your favourite trending memes and popular memes of the day with additional information on why and how they went viral. Sounds fun, right?

MemeChat is a homegrown company that is winning the hearts of the Gen Z audience and millennials in the population. Communicating through memes is a fun way to keep things interesting between your friends and everyone you chat with.

According to sources, the start-up has a profound user base of over 1.2 million users where social media influencers can fix a price and share their memes on the platforms. The company claims to have shared over 5 million memes on their platform till date, a fun way to make some money, indeed!