Memes and Jokes on the rise as Bitcoin Value falls 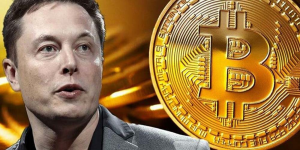 Expect the unexpected must be the guiding principle of life, for you do not know when things might come crashing down. Sometimes it’s the out-of-control rocket, and sometimes it’s the value of bitcoin. You never know, when the wave of change might strike. Particularly after the laser eye movement and activating the bitcoin power, the latest announcement from Tesla CEO has come as quite a shock.

Uncertainty is a given when it comes to cryptocurrency, and the abrupt out-of-the-blue changes are part of the game. There are days when the surge can merge in happiness, and then there is the plunge when the joy is torn to ‘bits.’

A tweet can change everything, and this became all the more factual after the tweet of Elon Musk brought the bitcoin value crashing down.

Environmental concerns are the key reason behind Tesla’s decision. Whatever the reasons, a dark cloud has come over bitcoin thanks to climate concerns. The tweet attracted the attention of a lot of users, and as is customary Twitter was filled with memes and jokes concerning the same. Because, when the wave of change hits, it’s up to us to either drown in the wave or to surf through it. It would not be wrong to say that the number of memes springing up like mushrooms during monsoon, is a vague attempt at surfing through. Here is a compilation of the best attempts to surf through.

It is always that one tweet, just like that one snap by Thanos that took down half of humanity

Relationship between @elonmusk and #bitcoin : pic.twitter.com/ACKpONQa0x

Apparently, definitions of environment friendly can change from time to time

That is the literal pic @elonmusk #bitcoin pic.twitter.com/58C1s6th91

In every relationship, there will be ups and downs, and in the case of Elon Musk and Bitcoin, it becomes all the more literal.

As is customary, somebody gotta have the last laugh

Ok, so now that #Bitcoin is out of the way. Everyone strapped in? 🚀 Prepare to initiate launch sequence. @elonmusk #Doge #Dogecoin #dogetothemoon pic.twitter.com/dwZ7HezIS3

Two things came crashing down with Musk’s tweet, the value of bitcoin, and the expectations of those using the same.

Again, since uncertainty is second nature to cryptocurrency, anything can happen. Therefore, it is agreeable to let a snippet of hope float through the shore. Who knows, another tweet and it might find the ‘high’ shore.