Memes every Tesla owner can relate to

Memes have become an unavoidable part of daily life adding the much-needed pinch of comic relief, and perhaps a space to think out of the box. With a lot of time to spare these days, netizens are taking their meme-making skills to the next level, with sarcasm and humor on point, and sharp as ever. After all, when there is a platform to openly have a riff-raff that borders on shower thoughts blended with affairs of global importance, it becomes all the more crucial.

When talking about memes, one figure enters every mind with that much familiar smirk and his eccentric personality. If it is not yet obvious, then we are talking about none other than the brilliant, occasionally crazy(although that is an understatement, for the sake of courtesy) Elon Musk, the CEO of Tesla, and the brain behind so many ideas and thoughts which might or might not turn into reality. After all, the saying goes like “a penny for his thoughts” and thoughts, Musk does have in plenty.

With such an eccentric and amazing personality at its head, Tesla is not so behind in attracting the attention of memers who are looking for topics like lions in search of their prey. And it goes without saying that Tesla does have the eccentric nerve which it has surely inherited from its CEO, which is all the more reason why it is meme-worthy.

Here are some classic memes that every Tesla owner can relate to.

Did someone say, comic relief?  Low-key flex is inevitable when it comes to Tesla. 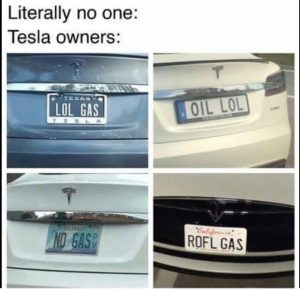 Well, self-sufficiency is not always appreciated, particularly when it involves empty pockets. 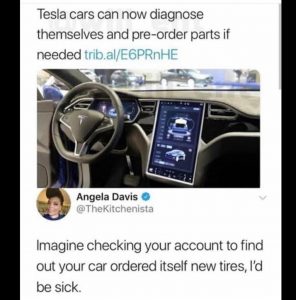 That hurts a bit. Looks like the world is not yet ready for the unique angles and shape. 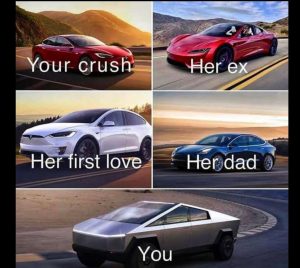 Some folks are of the opinion that some ‘high’ level thinking has definitely gone into the design of the cybertruck. 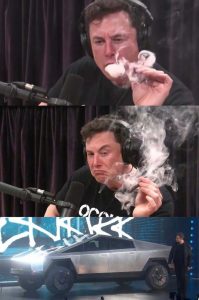 Optimism is a good quality to uphold when uncertainty is looming over like a dark shadow is all that can be said about the Tweet. But the creativity involved in the post is much better and creditworthy than what has gone into the design of the cybertruck, and there is no denying that. 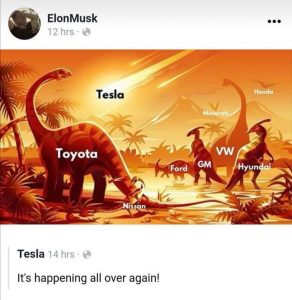 It is all in the eyes of the beholder. 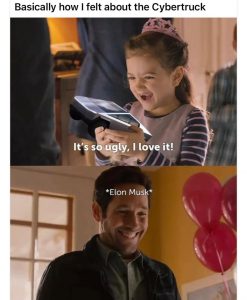 Well, how blissful when a crisis doesn’t bother you at all! 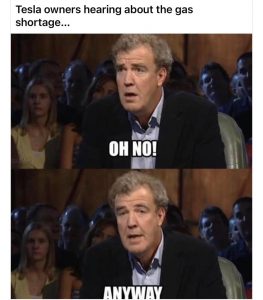 Every Tesla  aficionado out there is ultimately faced with this one question, “Will it or will it not work.” And the answer is as nebulous and vague as Musk’s Tweets. You know if you know. It works if it works and that’s all there is to be said about the matter! 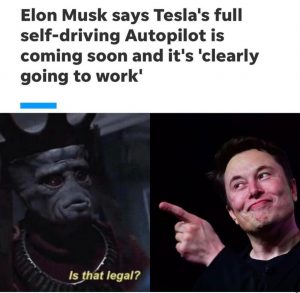