Sony has given Twitterati yet another reason to unleash its meme-making prowess. The new system software update that can be availed by users in the US, Canada, and Europe is the topic of discussion on Twitter. And quite naturally, the kick-off point for memes and funny reactions. Whether it be PlayStation or Space Station, Twitter is always game for a meme fest. With the new software update made available to the beta users, Sony is finally providing access to the empty M.2 expansion slot of PS5. Although gradual, the progress is still evident and worth taking note of. 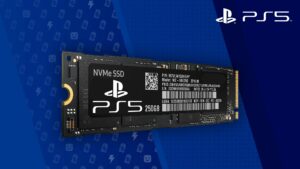 Despite the bright promise of the update, looks like the scrupulous eye of Twitterati has found a reason to start a chain reaction of memes on Twitter owing to the fact that the process isn’t as smooth and straight as they thought it to be. Do they need any more reason? The spectrum of complicated requirements needed for the perfect fit of the update acts more like a downside. And users aren’t exactly pleased. Too many demands can be quite taxing and we are talking about a time when patience levels are quite questionable. Thus, the most natural and expected response is the shower of memes that has taken its rightful place on Twitter. Seems like the enthusiasm lost on the update is redirected towards memes and that is quite visible on the social media platform. Here are a few responses from Twitter that is worth taking a look at.

Well, that is quite a reaction.

Me testing out one of them “compatible” PS5 SSD’s during the beta 😂 pic.twitter.com/wr7y5AmClZ

Safety after all is very important.

Everyone cancelling their PS5 SSD order to buy the one Cerny bought just to be on the safe side…🤣 pic.twitter.com/YBBmTcwTTz

How the internet thinks you have to be to install an SSD in a PS5: pic.twitter.com/rEceiPzppy

It is a hot topic apparently. Be cool and things will work out just fine.

Now, this is news.

I won't get an SSD for the PS5 until it's verified by Playstation themselves.