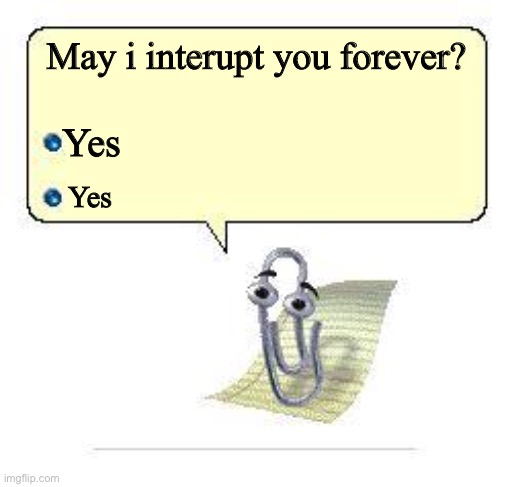 Memes Raise Their Heads As The Imminent Return Of Clippy Takes The Spotlight. 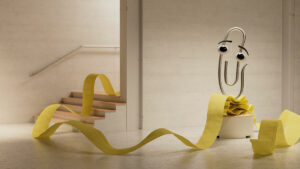 Twitter is in for another wave of frenzied excitement as the probable return of Clippy grabs the spotlight. The excitement around Microsoft’s old office assistant began with a tweet from Microsoft that said that they will bring Clippy back if the tweet crosses 20,000 likes. And in an hour, it had surpassed the assigned number. Seems like a resurrection is right around the corner and Twitter cannot keep calm. If you do not remember Clippy, it was the adorable(read annoying) paperclip that provided assistance to users and managed to drive them crazy to such an extent that even Microsoft joined the bandwagon waiting for Clippy’s exit. Clippy was out of the picture in 2007 and not to sound rash, it was a much-celebrated demise. However, it seems like nostalgia can do wonders to past feelings and some actually want Clippy back. How else can you explain the likes that the tweet gathered at breakneck speed?

If this gets 20k likes, we’ll replace the paperclip emoji in Microsoft 365 with Clippy. pic.twitter.com/6T8ziboguC

However, those who are still equally annoyed with those googly eyes do not have to worry about putting up with Clippy. Clippy will just clip around as an emoji in Microsoft 365.

Clippy started as a genuine attempt at integrating AI with a product when AI was vaguely making its presence known. In short, it was a half-cooked idea that failed to hit the mark. Although intended to help and guide users with Office and other related apps, Clippy often failed at it and eventually ended up being a complete joke. In addition to that, offering help when the users do not need it can be quite irksome. This is why Clippy was perceived as pain in the neck years ago. Another factor that led to the untimely demise of our dear old Clippy is the fact that not everyone in the corporate sector was ready to embrace an office assistant with a quirky sense of humor. Perhaps that is the reason why Clippy’s comeback is celebrated 20 years after. Although it cannot be denied that Clippy refusing to get off the screen did annoy users a bit.

Microsoft has been playing around with the idea of bringing back Clippy for quite some time now. It has been taking users down the nostalgic lanes of memory. And now with the tweet that hit over 20,000 likes, it seems like Clippy is all set to be back from the dead. And it is 2021, and we have a profound sense of humor. Therefore the news of Clippy’s imminent return has sparked up a flurry of memes and jokes on Twitter. And Clippy is already on the trending list. Beware, those googly eyes are all set to take up the dias.

Clippy and threat don’t fit together. Although the threat makes sense.

When one door closes, another opens. The equation is well balanced after all.

We lost fleets the same day we regained clippy. pic.twitter.com/XmpENtClUB

Did somebody say Clippy was unpopular?

You better like this shit. We need this. The world needs this. Clippy is healing. https://t.co/s9uRIyNioa

Nobody thought that a paperclip, that too a formerly annoying paperclip would get so much attention!

Microsoft is threatening to resurrect Clippy as a Microsoft Office emoji. THIS IS NOT A FIRE DRILL, we need 20,000 likes people. Details: https://t.co/6dzhutlTSn pic.twitter.com/Gh6p2SjYTh

Microsoft was playing around with the memory, preparing for the game, and now it’s all set.

I did wonder why Microsoft has been posting a bunch of Clippy images recently. Now it all makes sense, it's gonna come back as a Microsoft Office emoji https://t.co/6dzhutlTSn pic.twitter.com/eRz0YAaTms

Isn’t it a bit too harsh to call those googly eyes, “demonic?”

Microsoft is considering bringing back Clippy. Is the demon of Windows past coming back to haunt us? pic.twitter.com/Ewx6TJxvbz

Nostalgia is the best spell to break past annoyances.

Frankly, I'm so heartened that after years of pretending Clippy didn't exist and being yelled at for incorporating him into our merch/art, the company is now full-on embracing the nostalgia we all have. Genuinely, this is great news for all of of us retro-tech enthusiasts.

“Only as an emoji” is the part that most people are relieved about.

Microsoft's Clippy is coming back — but only as an emoji https://t.co/epivxZJabh

Also, it cannot be denied that the new Clippy is much more adorable than the Clippy of our past. And it looks like a good majority are already looking forward to having the paperclip back in their lives. And perhaps this time around, Clippy will actually get the notes right and not strike the annoying nerve of users again. After all, we are at a time when memes have become the epitome of humor. So why not have good old Clippy back.