Customers all over the world were deprived of Amazon services for a day due to a global outage. Although the problem was addressed in less than a day, it gave enough time for people to take to Twitter and unleash their meme-making skills. As a matter of fact, no matter what goes up or down, memes always go up in no time on Twitter. It wouldn’t be an exaggeration if one labels Twitter the meme hotspot. Because if there is any social media platform that presents most of the news and happenings in a shade of humor and sarcasm, Twitter will definitely lead the crowd. 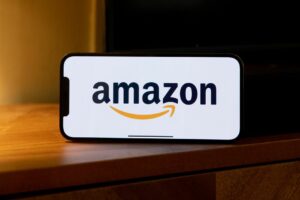 Once In A Blue Moon Scenarios

It is not much news when Facebook or Instagram goes down. Apart from the mandatory expressions of displeasure through memes and jokes, the topic just ebbs away. However, Amazon going down is a rare case scenario and perhaps an event that is the first of its kind. Because we are talking about a company that is well equipped and experienced. Users across the US experienced issues on Sunday, and Monday was the day assigned for the rest of the world with all the product pages showing the same error. The Amazon services are back in order now and functional as always. However, the reasons behind the unusual global outage are still a mystery. And since there are better things to do than unfold a mystery, we will go ahead with the much more interesting memes and jokes.

Not surprisingly, as the Amazon services began to experience a hiccup, people took to Twitter to see what was happening. After all, nowadays no matter what happens, Twitter will have some information or the other. Particularly because the social media platform has assumed the role of a venting point for most users. As soon as the global outage was confirmed people unleashed their meme-making skills which soon began to flood Twitter with Amazon making it to the trending list. Here are some of the memes and responses that are worth a glance.

The frenzy humans experience when a certain app goes down is unprecedented.

Me on the @amazon app clicking every link trying to order something. Only to come to Twitter and see #amazondown 😩 pic.twitter.com/ucqbhvxoE9

Time is the key. One moment of actual thinking and most people will not “proceed to buy.” Amazon better be on guard about future outages. Because the folks are achieving enlightenment and wisdom.

"I can't imagine how much this will cost them. I had an impulse buy but now that I've had time to think about it I realize I don't really need it."#Amazon #AmazonDown

Everybody coming to twitter to see if amazon is down for everybody else #amazondown pic.twitter.com/dsEksvRmlB

Memes do have a way of tickling that funny bone.

That one employee working today at Amazon took a break and comes back to see what’s up #amazondown #amazon pic.twitter.com/ZiAd7lfJ3b

Who said memes don’t need much imagination? It is the one action that uses the faculty of imagination the most as you can see below.

Loss is not a funny word after all.

They’ve been down for roughly 23 minutes so far, that’s a whopping $8.3M.#amazon #amazondown

This cannot get any more real than this. Can it?

Now wisdom comes in all shapes and sizes.

When you see Amazon is down but you already placed your daily order #amazondown pic.twitter.com/geetvKjHsm

This has quickly moved up my list of all-time favorite tweets 😆#AmazonDown https://t.co/470s8iygxM

Jeff Bezos steps down and Amazon goes down kind of rhymes, poetically speaking.

Shortly after Bezos announced he's stepping down as CEO Amazon is down. Coincidence? #Amazon #amazondown pic.twitter.com/Iu3HfL5CE0