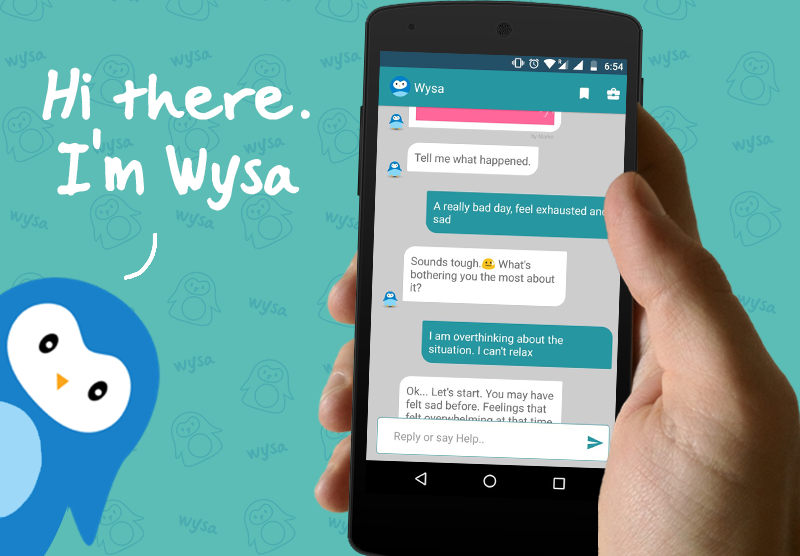 Wysa is a mental health platform that leverages Artificial Intelligence to life coach for emotional and mental wellness. It is a conversational bot which is specifically made to improve a person’s well-being. However, recently it has been speculated that Google might be investing in Wysa in its Series A funding round.

All these references thereby confirm that Wysa is looking forward to raising funds from Google in its upcoming Series A funding round announcements.

The Bengaluru-based start-up has to date raised total funding worth USD 3.9 million. Wysa was co-founded five years ago, back in 2015 by Ramakant Vempati and Jo Aggarwal with an aim to help and support people dealing with chronic mental health issues such as depression, by providing context-sensitive patient support AI technology and multi-lingual chatbots. The company is developing solutions for several other mental health issues to provide general mental wellness.

According to Wysa’s CrunchBase company profile, the start-up is backed by a total of 7 investors with Kae Capital and Pi Ventures being the most recently added. Other investors include Co-founder and CEO of Yulu- Amit Gupta, Raghunandan G, Himanshu Agarwal- Co-founder of Aspiring Minds and Alok Mittal- Co-founder, CEO and MD of Indifi Technologies.

Wysa offers an affordable plan at Rs. 1.9k per month with one to two sessions of 45 minutes each as compared to Rs. 1000 for a 60 minutes one-time walk-in interaction with a therapist.

Another noteworthy feature that Wysa offers is confidentiality! The platform doesn’t mandate entering your name and other details or any kind of registration, one can simply log in as an anonymous user and enjoy the services of the application without any problem.

Ramakant Vempati, co-founder, Wysa also mentioned the growing importance of confidentiality as therapy sessions and mental issues are still a part of the societal stigma attached to mental health issues.

He revealed that not having to mandatorily enter one’s name and other details and conversing with an AI chatbot over text is much better for the person’s confidence rather than walking in for a therapy session in which most people hesitate. He further added that in an exclusive interview with Inc42 that dictating problems on chat with an anonymous name, greatly reduces one’s inhibitions and the fear of being seen and judged.