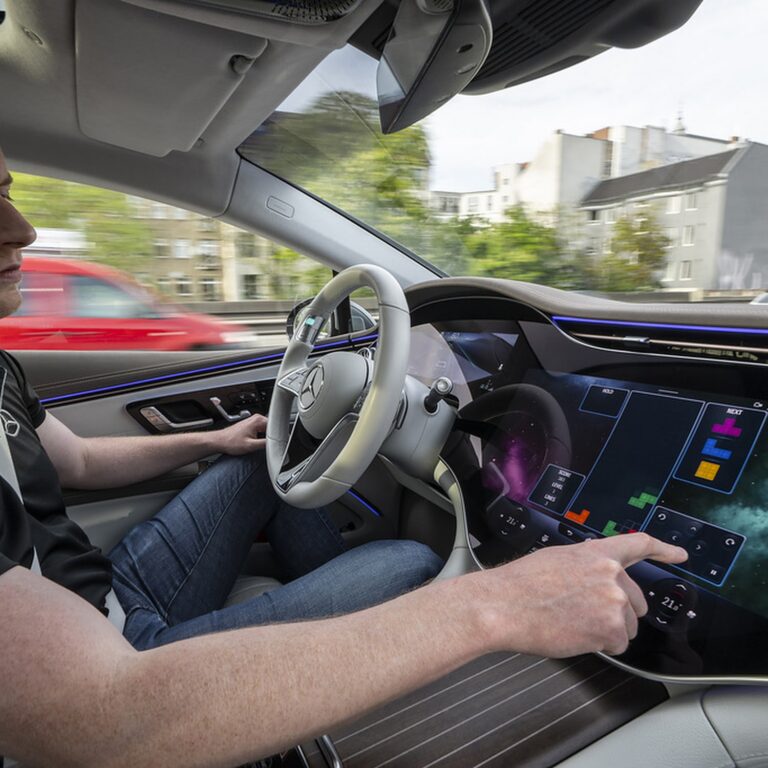 Mercedes-Benz can now deploy advanced automated driving systems on its roads after getting certified, said the Nevada Department of Motor Vehicles (DMV). As stated by the automaker, the Nevada DMV approved its application and the certification process is under process. It is the certificate of compliance that is expected to be issued within the next two weeks.

The “SAE Level 3 conditionally automated driving” system allows a driver to legally take their eyes off the wheel but must be available to resume control if needed. On suitable highway sections and where traffic density is high, the system, called DRIVE PILOT, can offer to take over driving, Mercedes-Benz says. Mercedes Chief Software Officer Magnus Oestberg told reporters on Thursday Mercedes will have to seek approval to allow Level 3 driving from regulators in each U.S. state. Mercedes has the technology ready to offer limited automated driving in all U.S. states once regulators approve, he said.

The company has applied for certification in California and is optimistic the state will follow Nevada soon. The Nevada DMV noted it does not issue any permit or license based on an autonomous vehicle’s level of automation and allows all automation levels to operate on public streets. “Mercedes has certified that their technology meets Nevada ‘minimal risk condition’ requirement that requires a Level 3 or higher ‘fully autonomous’ vehicle to be able to stop if there is a malfunction in the system,” the DMV said adding it “does not test or certify vehicles.”

The DRIVE PILOT system “gives customers back time so they can focus on certain secondary activities such as communicating with colleagues via In-Car Office, browsing the web or relaxing while watching a movie,” the automaker added. Other systems currently on public roads like Tesla’s Autopilot or General Motors’ Super Cruise are classified as SAE Level 2, which handle some driving tasks but require drivers to pay attention at all times.

Mercedes-Benz said its Automatic Lane Change (ALC) feature is coming to the North American market. The feature enables the car to automatically initiate a lane change and overtake slower vehicles with the cruise control engaged. Luxury car makers are also focused on deploying autonomous vehicles on roads. Though it is claimed to be driver assist, the behind research focus continues. On the other hand, there are also concerns about the tech flaws in cars as there is advancement in various aspects. All of the flaws and downsides are expected to be removed.