Mercedes Benz anounced its plans to launch electric-only vehicles by 2025. Additionally plans to install a battery cell capacity of 200 Gigawatt hours in all its eight factories. As the transition happens, Mercedes Benz predicts that there will be an 80% drop in fuel-based vehicle investments by 2019 to 2026. Also warns that the shift will have a direct impact on jobs. 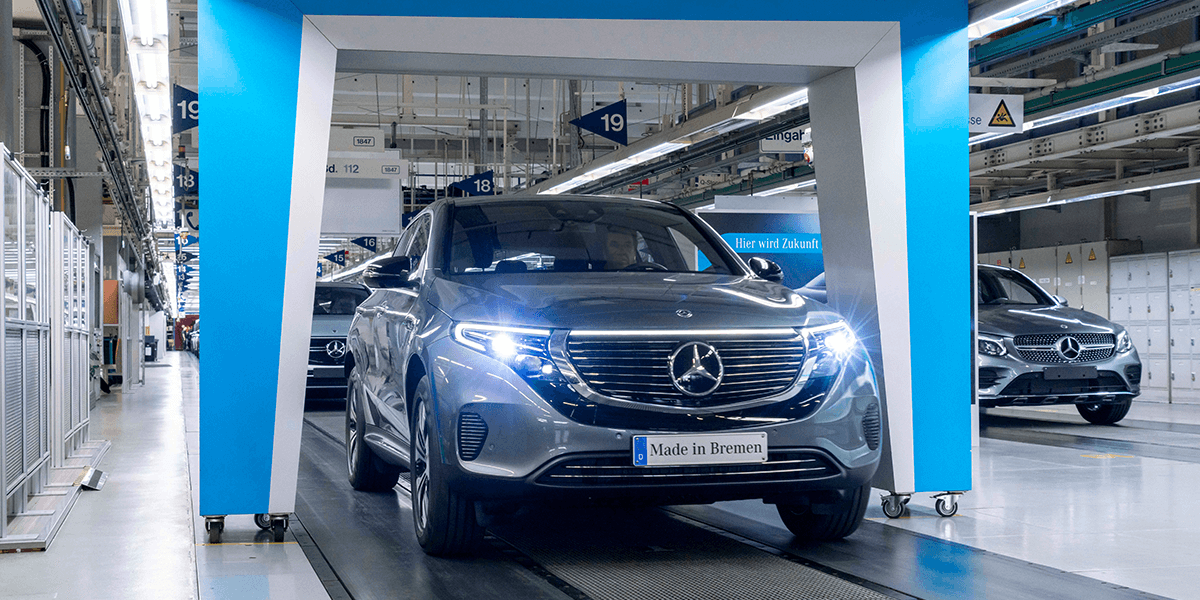 The German automaker announced that by the end of the decade the company will be an all-electric manufacturer. With investment plans of 40 billion euros, Mercedes Benz would be ready to take over electric vehicle competition starting at 2025. As stated by the company, “Mercedes-Benz is getting ready to go all-electric by the end of the decade, where market conditions allow. Shifting from electric-first to electric-only, the world’s preeminent luxury car company is accelerating toward an emissions-free and software-driven future,”

Chief Executive Ola Källenius told Reuters, “We really want to go for it … and be dominant, if not all-electric, by the end of the decade”. Mentioning that traditional combustion engine technology will be close to zero by 2025.

Previously known as Daimler, the name will be spent off as Mercedes Benz starting with truck division name change this year. Källenius said, “We need to move the debate away from when you build the last combustion engine because it’s not relevant. The question is how quickly can you scale up to being close to 100% electric and that’s what we’re focusing on.”

Getting into the competition

While some automakers Volvo cars plan to go all-electric by 2030. General Motors plans to be all-electric by 2035 in competition with Tesla. Daimler says the shift would impact directly on the jobs. Share rose by 2.5% after its announcement on plans to electrify their vehicles. EU announced last week a proposed plan to ban fuel-based vehicles by 20235 as a part of global warming impact combat.

As EVs will have fewer components, fewer workers are required. A direct-shift would mean that jobs will be lost initially. Mercedes-Benz management board member and head of human resources Sabine Kohleisen said, “A transformation of our workforce will involve tough decisions. Yes, overall we must and will reduce our personal costs,”

Earlier Daimler predicted that by 2030 half of the vehicle sales will be electric cars. However, their new prediction says that by 2025 electric and hybrid cars will be 50% of their total sales. In 2025, the company will launch three electric vehicle models. One vehicle in high-performance vehicles, the other for vans, and another to cover its range of passenger cars and SUVs.