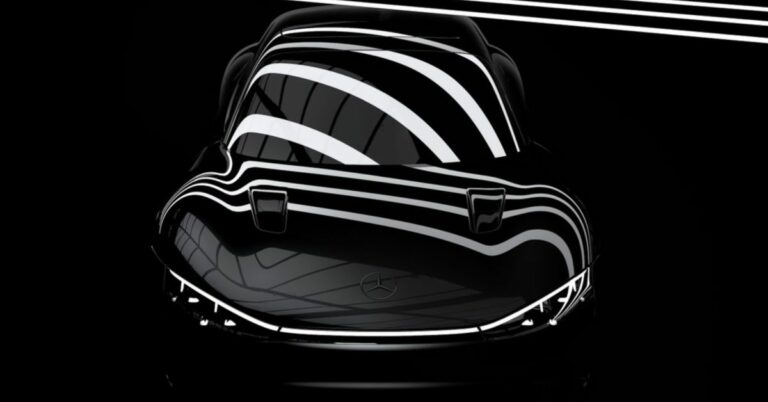 Mercedes-Benz teases its electric car with over 1000KM range

Mercedes-Benz teases its electric car with over 1,000 KM range with a new picture. It is a hyper-efficient electric car that the automaker plans to use its new technology with improved efficiency. This year Mercedes-Benz announced its plans of electrification, stating to go all-electric by 2030.

The German automaker announced several new programs to help achieve that goal. One of them is the Mercedes-Benz VISION EQXX, a new ultra-efficient all-electric. It was first announced last year, and at the time, the automaker was talking about a range of over 750 miles (1200 km). Earlier this year, Mercedes-Benz updated the range saying that it will have over 1,000 km (620 miles) of “real-world” range.

Today, Markus Schäfer, Mercedes-Benz COO, announced the VISION EQXX will be unveiled on January 3, “As you may know, we have been working on translating our strategic ambition to “Lead in Electric Drive” into a car for some time: Now, the VISION EQXX is set to become the most efficient electric vehicle we have ever built – with a real-world range of more than 1,000 km. And I’m extremely happy that it will be unveiled to the public very soon – on January 3, 2022.”

The executive argued that the automaker needs to improve efficiency in its electric vehicles if it wants to achieve its electrification goals, stating, “That’s why we have set a more than an ambitious goal for ourselves with the VISION EQXX: We want to develop a compact-class electric vehicle that can drive 1,000 km at a stretch on one battery charge under real road conditions, with a single-digit consumption value for kilowatt-hours per 100 kilometers at normal highway speeds.”

Schäfer said that the new vehicle is going to be equipped with battery cells with a 20% higher energy density than in the EQS. He really hyped up the unveiling coming on January 3, 2022. While they are still only talking about a concept vehicle, they made it clear that some of the technology in the concept will make it to new electric vehicle platforms that will support Mercedes-Benz’s future electric vehicles.