Mercedes Benz unveils a camper version on EQV that gives an electric van life experience. Van life or also known as Van dwelling is the concept of living where one lives on a van that has been modified and has several features. Some sort of bohemian traveling life can be experienced through camping vans. 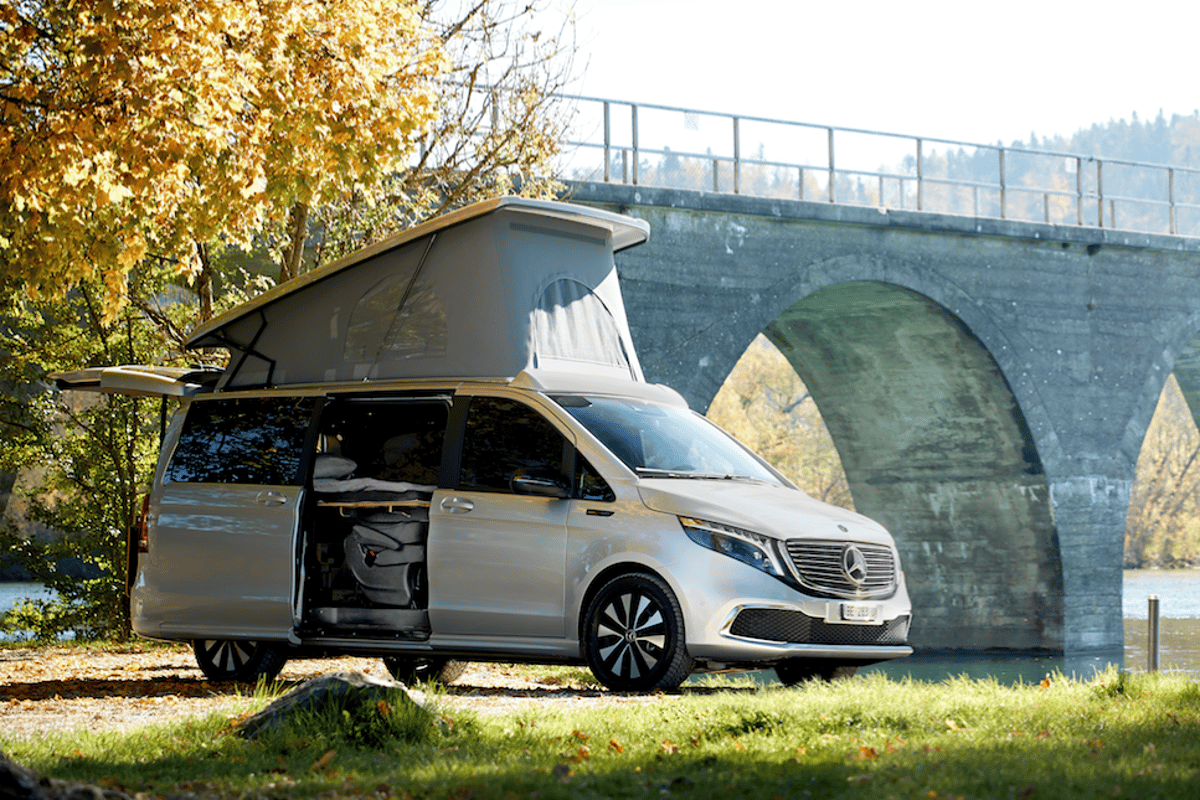 It’s a concept that is gaining traction, especially after being romanticized by younger generations on social media. Modified versions of Mercedes-Benz’s vans, especially its Sprinter van, have been popular options for people seeking the “van life.” Now the German automaker wants to electrify the market. The EQV comes with two battery pack options: 90 kWh for up to 363 km (226 miles) of range or a smaller 60 kWh option for up to 236 km (147 miles) based on the WLTP standard.

Klaus Rehkugler, head of sales and marketing at Mercedes‑Benz Vans, announced it as, “The motorhome market is of strategic importance for Mercedes‑Benz Vans. We want to continue to grow here and play a pioneering role in terms of innovation and sustainability. For us, it is clear: The future is electric, also in the motorhome industry!”

Mercedes-Benz launched the electric EQV minivan in Europe, starting at the equivalent of ~$64,000, back in 2020. Using the electric van as a platform, Sortimo designed custom accessories to turn it into a motorhome stated as,

“Sortimo’s conversion concept is modular. Full-range options include a pop-up roof with a roof bed and a multifunction box with a bed and kitchen unit. You will find this in the luggage compartment of the vehicle. The kitchen unit uses a drawer system and features include a sink, a two-ring removable gas cooker, a refrigerator box, and drawers for cutlery, cooking utensils, and supplies. The bed system is installed above the kitchen unit. This can be unfolded in a few simple steps to create a bed that is precisely tailored to the vehicle width of the EQV. When folded, the rear seats can be used without restriction.”