Meta and Microsoft to work together over Teams and Workplace integration 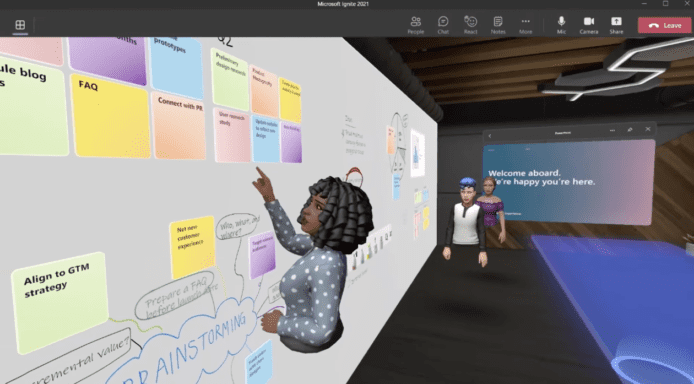 Meta, formerly known as Facebook Inc. is in a bit of a bad press situation and it is working really hard to get its reputation in the market back up. Now, there are only a few ways that can possibly help Meta get back on its feet in the industry. First, rebranding and second, stellar products and services.

As you already know, the company has rebranded itself with a new name and a new logo already, it is now aiming to beat the second bush.

According to recent reports, Meta has announced its partnership with Microsoft to integrate Teams and Workplace, allowing customers and users to combine the power of Metaverse with the best-in-class instant communication service from Microsoft- Teams.

This integration between both these platforms will give users access to Workplace content from inside the Microsoft Teams application. Similarly, Meta’s Workplace enterprise social network software will have access to Teams video meetings integrated within the app. What more do you wish for when it comes to convenience?

Microsoft and Meta are deemed as rivals in the industry, and they are but this partnership is bringing them together as this integration benefits both these companies. Meta’s workplace, on one hand, is an enterprise communication software while Teams is more like a focused Instant communication software.

As mentioned in a report by CNBC, this integration was requested by some of the top customers including Accenture and Vodafone, says Ujjwal Singh, Meta’s head of Workplace.

As per reports, there are two types of customers that work with Meta and Microsoft, one that are only Workplace committed and others, that just use Teams. This integration will bring together both of these categories to get the best of both worlds, a service that is truly for both.

In terms of users, Meta’s Workplace is still fairly new and Microsoft is well established. Therefore, this integration could really benefit the Metaverse with its business.

Workplace has over 7 million paid subscribers, according to CNBC and Microsoft Teams has over 250 million monthly active users. Now, you must see the difference in numbers and who is supporting whom.

Microsoft is doing really well these days and it is visible by their approach, their products and the numbers that they are showing. On the other hand, Meta is in the dump with accusations from whistleblowers, bad press, negative publicity in the market and much more. So, maybe this integration and partnership is not really a bad idea! What do you think?