Novi program created by meta which was rolled out few days ago, is said to be halted from September 1st. Meta had recently started digital payments wallet labelled as Novi. The tech giant, pertaining to current market conditions has gone on to announce the closure of the payment’s wallet. The digital wallet technology (formerly known as Calibra) may be used by Meta to create new products, such as those focused on the creation of the “metaverse.” Although it’s unclear what exactly Meta has in mind for using the Novi technology.

Recently, the tech giant revealed that its Novi initiative, which enables remittances and international money transfers, would shortly be shut down. The project will no longer be operating as of September 1, according to the business. Users of Novi were informed to access their remaining balances by the staff.

Though the tech giant has finalized on stopping Novi, the news is gaining light that the tech giant is not looking to put a stop to its other major projects related to digital assets. The company is working in full force to make the other projects successful and considering the millions of users in the Meta’s platform, the projects might give them a grand opportunity to take part in the trading of digital assets. 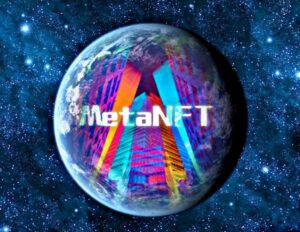 Meta is leaving no stone unturned to make its NFT project live and a successful one. According to the reports, Meta has made no changes in its plan in regards to NFT, even when the market situation is not apt for digital assets. Stephane Kasriel, the company’s fintech claimed that, the massive number of users present in the platform will be able to collect NFT’s.

According to Kasriel, the cryptocurrency market just experienced a hype cycle. In a bad market, the hype caused initial enthusiasm to plummet, he continued. He added, a top Meta executive in charge of payments and cryptocurrency left the firm in May of this year to investigate career options in the crypto sector.

The Meta’s contribution in crypto currency market has not yet been a big one. Though, there have been instances where the tech giant has shown keen interest in the cryptocurrency market. The persistent efforts to develop NFT project by Meta, shows us that, the company is interested in entering the space of digital assets. But, as the market situation for crypto is not apt, wants to stay out of it for some time.