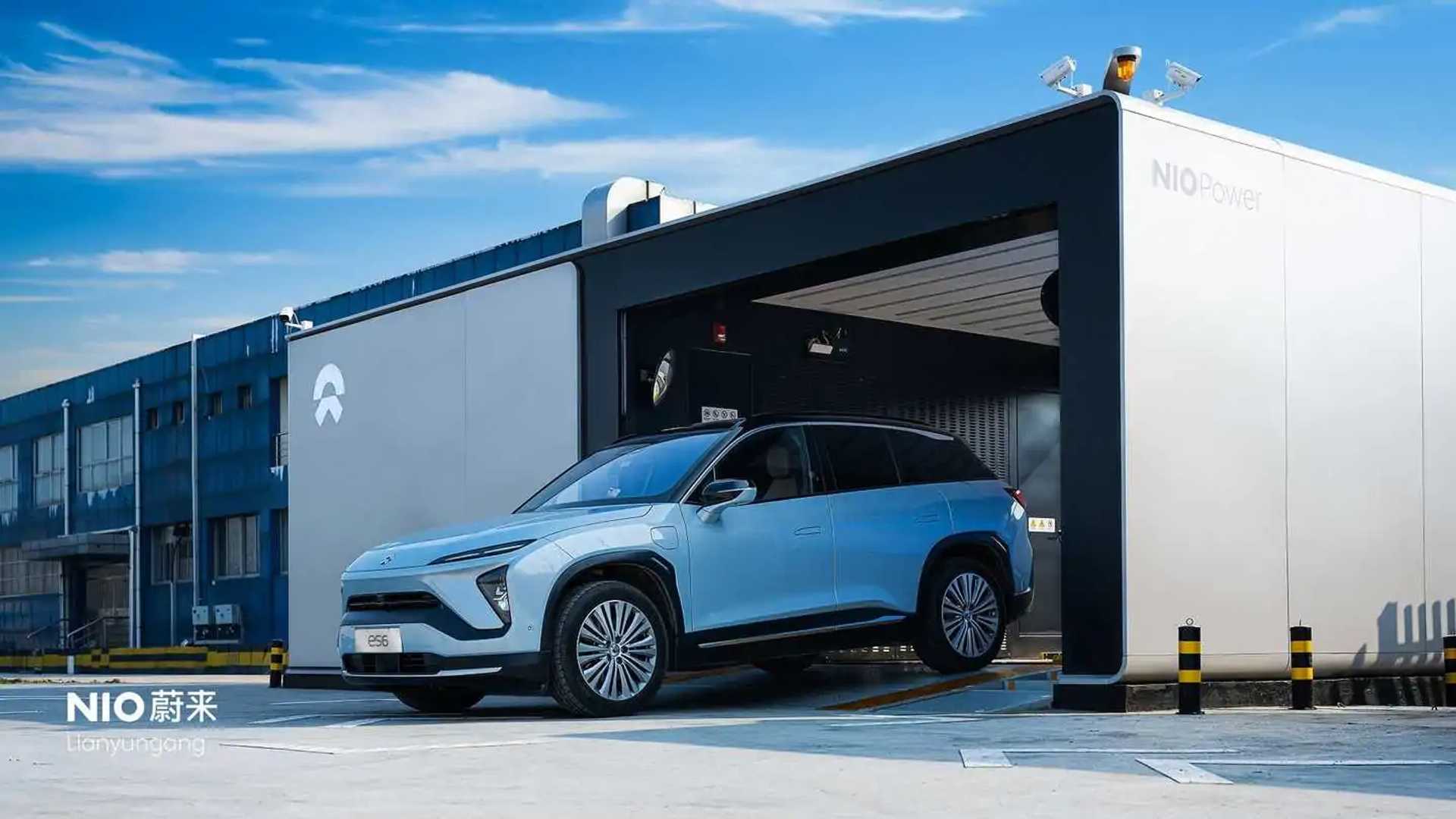 Last year the EV maker launched a 480 kW fast charger. As the company promised 600 KW charging, it did not seem like the target was reached. However, now the progress is seen and the automaker is getting ahead of its competitors in China.

The broadcast live took place in China, on Wednesday morning in the US time. It was led by Nio president Qin Lihong and other team members. For half an hour the president spoke, sharing the new ultra-fast charging pile. Also announced that it will be coming to Europe and China by the end of this year.

Earlier this week, Nio’s competitors Xpeng CEO and Chairman He Xiaopeng announced that they will be rolling out 480kW/800V charging network. The launch is to happen this year, which will support the upcoming G9 SUV. Clearly, the competitors are pickup up the pace and Nio is going ahead with its advancements.

According to He, XPeng’s new superchargers can deliver 200 km (124 miles) of range in five minutes and can replenish an 800V battery pack from 10-80% in 12 minutes. By offering 20 kW more charging power, NIO looks to provide even more efficient EV charging to its customers and beyond.

Despite global supply chain issues stifling much of the auto industry in China and out, NIO remains one of the leaders in combining luxury, technology, and innovative energy replenishment to its all-electric vehicles. Having officially launched its ES7 SUV in China last month, NIO’s EV lineup now includes six options, two of which are sedans like the new ET7. To compete with several competitors overseas like XPeng and GAC Aion, NIO has developed and implemented its own fast-charging piles as well.

That being said, NIO still remains the leader on a short list of other companies developing and expanding battery swap stations. The automaker celebrated its first Power Day last year as a counter to its annual NIO Day celebration, with a focus on energy replenishment, similar to Tesla’s Battery Day.

According to NIO, 80% of supercharging pile sessions are performed by customers driving other brands of EVs. Qin used this moment to call out other EV brands to follow suit and open up their networks to all drivers. In addition to the new fast-charging piles, NIO also introduced its third-generation battery swap stations, which are nearing their end of development and are being tested before installations begin in late 2022/early 2023.