Meta, Coinbase and Dapper collaborate to roll out an NFT for Instagram users 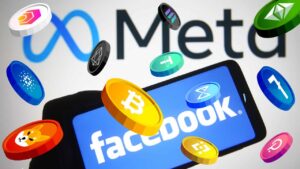 Meta, is a multinational company, that owns Facebook, Instagram and Whatsapp. It would be a fair observation to say that Meta has monopolized the digital media world and has gotten the entire control in its hands. Meta, from the beginning has been keenly interested about Web3 technology, especially about Metaverse and NFT. The company all ways makes headlines by its moves in the web3 world. Recently, it was reported that, Meta was planning to launch its own metaverse for a fitness app and it was tipped that meta would acquire its rival company in the process. Some believe that, Meta’s approach in metaverse in particular is monopolistic, which they feel might be the down run of the entire industry.

Meta has had stiff competitions from Apple in metaverse, but has been successful to be on the forefront for very long time. Meta has also had an unparallel interest for NFTs. In its quest to enable NFTs for its millions of users, Meta started testing a module earlier this year and has come up with a new NFT program which will available on Instagram in more than 100 countries.

From the tweet it is certain that Meta is launching a new NFT program to entice more customers into its universe.  Mark Zuckerberg went on to announce that, Meta was rolling out digital collectibles or so called NFTs to more than 100 countries.

Instagram – a market of millions of GenZ’s and millennials.

It would be fair to make the assumption that, the youth of today’s generation is present in Social Media platform, using it for various purposes. Meta’s plan of action, to make the users use Instagram as a platform, is surely a positive one, according to me.  Meta’s core components of expansion, today is the Web3 technology, and Meta has set its vision in the pursuit of dominating the industry, at least it seems like that from the outset.