Meta’s interest and attempts to enter the crypto market.

Libra and its journey. 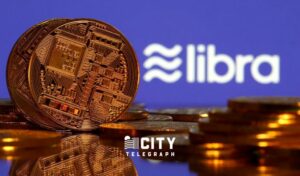 When Meta’s Libra was debuted in June 2019, it drew a lot of attention. PayPal, Stripe, Visa, and other companies were among its members. However, because of congressional opposition, the project quickly ran into trouble. Regulators were concerned that such a huge populace could have such power over a global economic undertaking. Mark Zuckerberg was called to testify about his stablecoin, and he was told to postpone the project. The high-profile members of the Libra Association rapidly dropped out after the outcry. The dream of launching a cryptowallet called Calibra was also not realized. In 2020, Meta tried to come back by changing the tarnished name of Libra to Diem.

Diem and its journey.

As soon as Diem came into existence, it started facing regulatory backlash. German Finance Minister Olaf Scholz went on to call the project “A wolf in sheep’s clothing.” He also said that, Europe and Germany will not accept its entry into the market until the regulatory issues are addressed. He was of the opinion that, cryptocurrency monopoly should not be there with private firms and institutions and it must remain in the hands of state. Diem also, after a lot of struggles failed in realizing Meta’s dream.

LightSpark – a spark in Meta’s dream of entering crypto world.

I wanted to share that we are starting a new company called @lightspark to explore, build and extend the capabilities and utility of #Bitcoin. As a first step, we’re actively assembling a team to dive deeper into the Lightning Network. (1/3)

Its understandable that David Marcus is thrilled to announce the entry of Meta into the crypto market via the project LightSpark. He also acknowledged that it’s their first step in assembling a team to dive deeper into the lightning network and the crypto market.