Backed by Ford and Volkswagen, Argo has been testing its self-driving vehicles on public roads for several years. It was with a safety driver behind the wheel. However, recently the self-driving startup started having driverless cars carrying its employees around Miami in Florida, and Austin in Texas. It is said the commercial applications will be followed after a certain time. 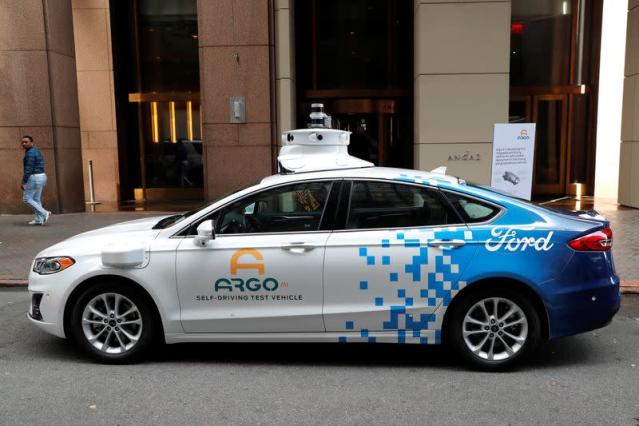 A year ago, Lyft sold its self-driving technology unit and later in July partnered with Ford and Argo AI. According to the company they are focused on generating the maximum revenue from driverless taxis, by providing routing, fleet management services, and customer interface.

Walmart in September said it partnered with Argo AI and Ford to launch an autonomous vehicle delivery service in Miami, Austin, and Washington, D.C. Self-driving companies have repeatedly pushed out timelines to provide truly driverless trips at scale, with only a few limited fully autonomous programs available across the U.S. While human drivers make up an estimated 80% of the per-mile cost in traditional ride-hail services, self-driving companies also need to recoup billions of dollars in development costs, and figure out how to scale, manage and maintain vehicle fleets economically.

The multi-city service will allow Walmart customers to place online orders of groceries and other popular items for autonomous delivery to their homes. Argo’s cloud-based system will integrate with Walmart’s online ordering platform to route orders and schedule package deliveries. Ford’s self-driving test vehicles with Argo’s self-driving system will then deliver the orders to customers.

Walmart had previously partnered with General Motor’s Cruise on a self-driving delivery pilot and with self-driving vehicle startups Gatik and Nuro to explore delivery through autonomous vehicles. “This collaboration will further our mission to get products to the homes of our customers with unparalleled speed,” said Tom Ward, senior vice president of last-mile delivery at Walmart in the United States (last year).