According to recent reports, Meta has settled its lawsuit with two companies who were scraping its data. The settlement amount was not revealed by Meta. Read the entire article to learn about the complete story.

Two companies namely BrandTotal and Uninamia were behind this incident. They were the ones scraping the data. They have received a permanent injunction, they cannot scrape the data they find on Facebook and Instagram and they cannot gain profits by using the data that they have collected from apps previously. “BrandTotal and Uninamia also agreed to pay a significant financial sum as part of the settlement,” said Meta. These companies scraped data from Facebook, Instagram, Twitter, YouTube, LinkedIn, and Amazon, in order to sell “marketing intelligence and other services.” Meta took immediate action against them by filing a case in the California court against them. Meta did this when the two companies had designed a dangerous extension in the Google Chrome Web store. For people who don’t know what scraping is, in simple words, it is collecting information from different websites and using it for different purposes. Although scraping is legal, if you scrape private data or data which is not publicly available to mint money, then it will be considered to be an offense. Even if one scrapes data from one website and uses it for inappropriate purposes, then the person can get in trouble. Scraping is legal and you won’t get in trouble for doing it as long as you are not using it for the wrong purposes or accessing and scraping private information. 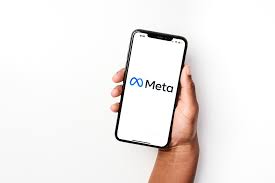 Meta is the parent company of Facebook and also owns Instagram and Whatsapp. Headed by Mark Zuckerberg, the aim of this company is to provide people with a platform where they express their true selves freely. In today’s time, it is extremely difficult to create a platform where people can actually be themselves without the fear of being judged. But Meta, with its code of conduct and strict regulations, has managed to create a space where people actually feel like sharing about their lives without the fear of being judged or trolled. The company is also extremely inclusive and makes sure that it hires people from different backgrounds so that it can get different viewpoints. These viewpoints make the company what it is today because efficient decision-making is the key to the success of any big firm.