Meta To Offer Paid Services On Its Platforms 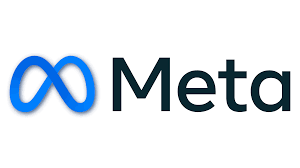 Meta To Offer Paid Services On Its Platforms

Meta catching up with its rivals Twitter and Snap Inc is planning to launch paid services to all its platform including Facebook, Instagram and Whatsapp. According to reports, Meta thinks that the paid features are here to stay for long and are expected to play important in the future. The company also took the occasion to clarify that the paid features would be complimentary and that it would not have any bearing on other services of the app.

Reportedly social media apps are slowly shifting to charging their customers for the services they offer. A few of the social media platforms that have deployed this strategy include Twitter, tik-tok, Snapchat and Telegram.

Twitter has recently started testing the options to edit tweets from its users, which according to Twitter is the most demanded feature from the company. According to news reports, users would be able to edit the tweet within the time frame of thirty minutes and would be displayed under a different symbol signifying the edit.

Recently twitter also announced its new service Twitter blue for its Australia and Canada users subscribers which provides a range of options.

Meta brought out a new revenue model after it incurred a loss for the first time, since its inception. Meta also decided to shuffle its monetization team, according to a statement Monetisation experiences would be taken care of by Pratiti Roychoudahry.

According to reports majority of meta revenue come from advertisements. The social media giant said in a statement that it is not going to replace features for ads.

The company has no plans to let users pay to turn off ads and is committed to growing the ads business, John Hegeman, Meta’s head of ads and business products, said in an interview with the Verge.

Meta said in a statement that the company is not planning to change its strategy in the revenue sphere. The company clarified that the company is looking forward to growing the advertisement business. According to a figure more than 28.7 billion people use meta products once in a day time.