MetaMask has announced an upgrade that enables iPhone and Apple Pay customers to purchase cryptocurrency using a credit card via a smartphone app. MetaMask announced the latest update via its official Twitter account on Monday, March 29.

This upgrade allows users to buy bitcoins via the mobile app using a debit or credit card. Due to this upgrade, Ethereum will no longer be required to be transferred into the app from a centralized exchange like Coinbase.

📣 MetaMask Mobile v4.3.1 is LIVE with some exciting updates:

Buy crypto on iOS with Apple Pay (@sendwyre), more transparency when interacting with sites, & support for gasless transactions where relevant.

Does it get any better? Yes it does! We now have dark mode! 🌑 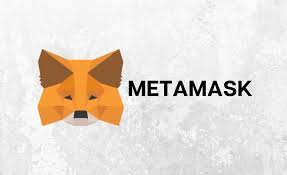 MetaMask also makes use of the Transak payment system, which enables users to buy cryptocurrency with their credit or debit cards. Those who wish to use either payment platform must, however, complete the KYC (know-your-customer) process. Using MetaMask on layer-1, on the other hand, results in gas taxes, which the firm maintains it does not profit from. MetaMask charges 0.875 percent of the transaction value as their fees.

One of the other improvements was support for gasless transactions, which is when private blockchains, or a project or protocol, pay for the gas on behalf of the customer.

MetaMask topped 30 million monthly active users on March 15, according to CryptoPotato, making it one of the most popular crypto wallets accessible today. A $450 million fundraising drive has begun.

Purchases of USDT, USDC and DAI stablecoins will be accessible on the Ethereum network via MetaMask for the foreseeable future thanks to Transak. Users can now acquire crypto with more than 60 international currencies through bank transfers, credit or debit cards, and bank transfers. Furthermore, users in the United States (US) can now purchase native Fantom and Avalanche tokens.

The purpose of the change, according to James Beck, head of ConsenSys, the MetaMask developer, was to improve accessibility and eliminate interview friction. More integrations that “maximize” options and “streamline” crypto buying will be coming soon, according to the man.

“We’d like to extend the number of ways users may convert cryptocurrency within the app itself, and we’d like to do it quickly.” MetaMask has launched a new version that supports Apple’s Dark Mode in response to consumer requests.

According to Beck, dark mode and “wen token” are two of the most requested features. The dark mode is activated as soon as the iPhone Operating System application is loaded. To be clear, the wen token (also known as “WEN”) is a blockchain ecosystem token created by the WEN Foundation and built on the Wienchain Incubation DAO Blockchain.