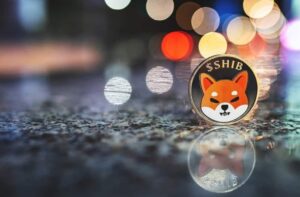 The total number of unique addresses holding the dog meme currency on the network had been steadily increasing until March 17, when it suddenly dropped by 32,832 in a single day. The number of SHIB token holders has declined from 1,199,453 on March 16 to only 1,135,593 on March 29. The start of the reduction in SHIB holders corresponded with the launch of the Bored Ape Yacht Club’s cryptocurrency, a non-fungible token (NFT) collection.

Shiba Inu’s growth in address holders appears to be coming to a stop, as SHIB loses over 60,000 holders in two weeks

On March 17, the number of unique addresses holding dog meme currency on the network plummeted dramatically, losing 32,832 holders in a single day. In March, Finbold also noted that the number of on-chain SHIB transactions had declined for the fourth month in a row, falling by 9.27 percent.

Shiba Inu coin demand may be decreasing because of a shift to ApeCoin (APE), a brand-new cryptocurrency sensation attracting over 1,700 new investors every day. The launch of the Bored Ape Yacht Club’s cryptocurrency, a non-fungible token (NFT) collection, coincided with the beginning of the drop in SHIB holders.

SHIB is still losing money on a year-to-date (YTD) basis. With its current market capitalization of $15.37 billion, the meme token is the 15th-largest cryptocurrency by market capitalization, proving that investors continue to purchase the SHIB coin despite a reduction in holdings.

If you find this article informative then do not forget to share it with your friends and family and do let us know what you think about the topic in the comment section below!