Would you ever consider buying a piece of land you can never visit? Would you shell out millions of dollars for a virtual piece of land? Well! the new reality has arrived and it’s virtual reality. This new “Metaverse” which could only be imagined earlier as a page out of a science-fiction movie is now a part of the very reality we live in. 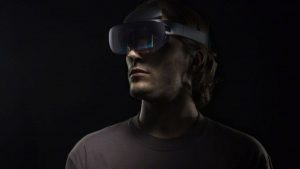 Generated on a computer to be accessed virtually through it, this land doesn’t have any physical existence in our world. All virtual land on which virtual real estate is being developed is inaccessible with the technology we have at hand today. Metaverse enthusiasts are betting on it to be a gateway into a virtual Utopia that our reality has never been.

This work of virtual real estate is a Non-fungible token (NFT) like digital artwork. NFT is a new virtual asset placed at a very high level in the Ethereum blockchain. It can be used to buy anything from artwork, land, buildings, shops, restaurants, tweets, to music.  NFT has been used to buy artwork earlier like a 50-second video of Grimes, which was sold for $390,000, or Beeple’s piece of digital art called “Everydays- First 5000 days”, which was auctioned at a crazy-high price of $69.3 million by Christie’s.

NFT make a person own digital ownership of the asset brought by him. This ownership value is subjective. Something that could be worth millions to a person could be worth nothing to the other. Besides artwork, real estate, names anything can be sold digitally. Metaverse experts say that we are residing in the Pre-cambrian epoch of virtual evolution. Investment in virtual real estate has been compared to the investment in the early days of the internet.

Companies like Decentraland are promising a future in the virtual decentralized world by building virtual cities like Genesis which made the largest virtual land sale in the company’s history during its Terraform event, an event name apt for itself as it has been betting on transforming the way humans will experience reality. A simple plot of land could cost thousands of dollars in the virtual world. Decentraland sold a plot of land worth $572,000 in Genesis. In the future, people expect these plots of land to fetch millions. There has been a lot of speculation about the ways these pieces of virtual land can be developed. The company plans to develop Genesis like a world-class city where people would be able to eat at a restaurant, take a walk, and shop. Videogame developer Atari plans to develop a casino in Decentraland’s Genesis.  Metaverse Enthusiasts believe that as technology develops people will become increasingly enthusiastic to visit these virtual worlds. Thus, the increase in visitor traffic will generate enormous wealth. Decentraland has already heavily invested in virtual reality and made the sale of metaverse assets clocking to the tune of millions of dollars.

Videogames developers like Atari have also developed plans to invest in virtual reality to give their users a more immersive experience while playing. Other companies like cryptovoxels, Somrium space, Sandbox are also heavily investing in virtual reality. The popularity of the virtual world and increase in their sale has made companies develop their cryptocurrency like Decentralnd’s MANA whose price shot up to 3600% within a single year.

People paying massive amounts of money for something that doesn’t even exist is difficult to understand. Why would someone shell out millions? We could all attribute the money spent to the promise of development of the technology. The enthusiasm to own virtual assets is not just limited to owning real estate. Designs as NFT’s are sold at high prices such as Decentraland’s collaboration with Adidas to sell some designs as NFT was able to generate thousands of dollars in sales.

Despite a recent boom in the industry people have expressed their concerns about the supposed increase in value speculating that the boom would continue for a few years and after that, the sector would collapse upon itself. A means to earn could be an early investment in NFT’s and then cashing out during boom and not waiting around to let it collapse on itself. Though a lucrative idea, it is ill-advised because of the unpredictable nature of virtual world development.