MICROSOFT ACQUIRES GAME MAKER BETHESDA STUDIOS- MAKERS OF DOOM AND FALLOUT FOR $7.5B

Microsoft recently announced that it has acquired the makers of hit fantasy games Fallout and Doom, Bethesda gaming studios. This acquisition cost Microsoft a whopping $7.5 Billion. Bethesda is well known for its most popular fantasy games, Fallout, Doom and The Elder Scrolls.

Microsoft’s game streaming service, xCloud is ought to bring 100 Xbox games to smartphones and tablets. This news was announced by Microsoft a couple of weeks before they announced the acquisition of the gaming studio.

As per researchers and analysts, the charts of game streaming business is rising day by day, with $0.99 billion net value of the Global Cloud Gaming market in 2018, it is expected to reach approximately $4.1 billion by the year 2027. The rise in demand for the gaming sector has encouraged the sales of 5G internet networks. The hype of the gaming sector and the increase in gamers rise every day, the competition is high but there is scope for new players. This increase in gaming has influenced the number of internet users in the country, sales of smartphones, gaming consoles, tablets etc. Everything is connected and that world has become an even smaller place.

“Bethesda is joining the Xbox family”, tweeted Bethesda on September 21, 2020.

Bethesda is joining the @Xbox family.

Todd Howard, Executive Producer at Bethesda says that it does not matter what screen or what controller you are using to play the game, there are many people still who do not have the same access, with this partnership with Microsoft, they want to make the game accessible for those people.

Satya Nadella, CEO, Microsoft is a man with vision, he has been very interested in the gaming sector ever since he has been appointed to his position. Microsoft acquired the owner of Minecraft, Mojang AB- the videogame developers for $2.5 billion in 2014.

Microsoft has planned to merge its cloud computing services with xCloud gaming platform. xCloud will allow users to play more than 100 Xbox games over the internet on their Android devices. However, this service will be charged with a monthly $15 game pass. Since everybody does not have an Xbox at home, xCloud will bring the same experience in the palm of your hands.

Pandemic has been a blessing in disguise for the gaming industry, game sales have boosted significantly during the lockdown period. Microsoft has become one of the main players in the cloud gaming industry, competitors include Sony, Nvidia and many more. 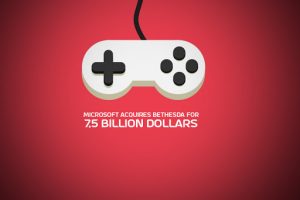 xCloud will allow the gamers to access their Xbox database and enjoy the games that are available in the Azure Data Center. The players will be connected to the data centres and games can be played from there.

Azure datacenters are available in more than a hundred locations all over the world and it will allow gamers to get connected and play their games, very conveniently.

Why will cloud gaming be successful in INDIA?

The emergence of the cloud gaming industry in markets like India where this idea is still underwhelming will grow rapidly as the number of internet users are increasing every day, with the boost in the smartphone market. The growing internet connectivity in India, Xbox can make their way to smartphones and tap on the untouched cloud computing base residing in India.