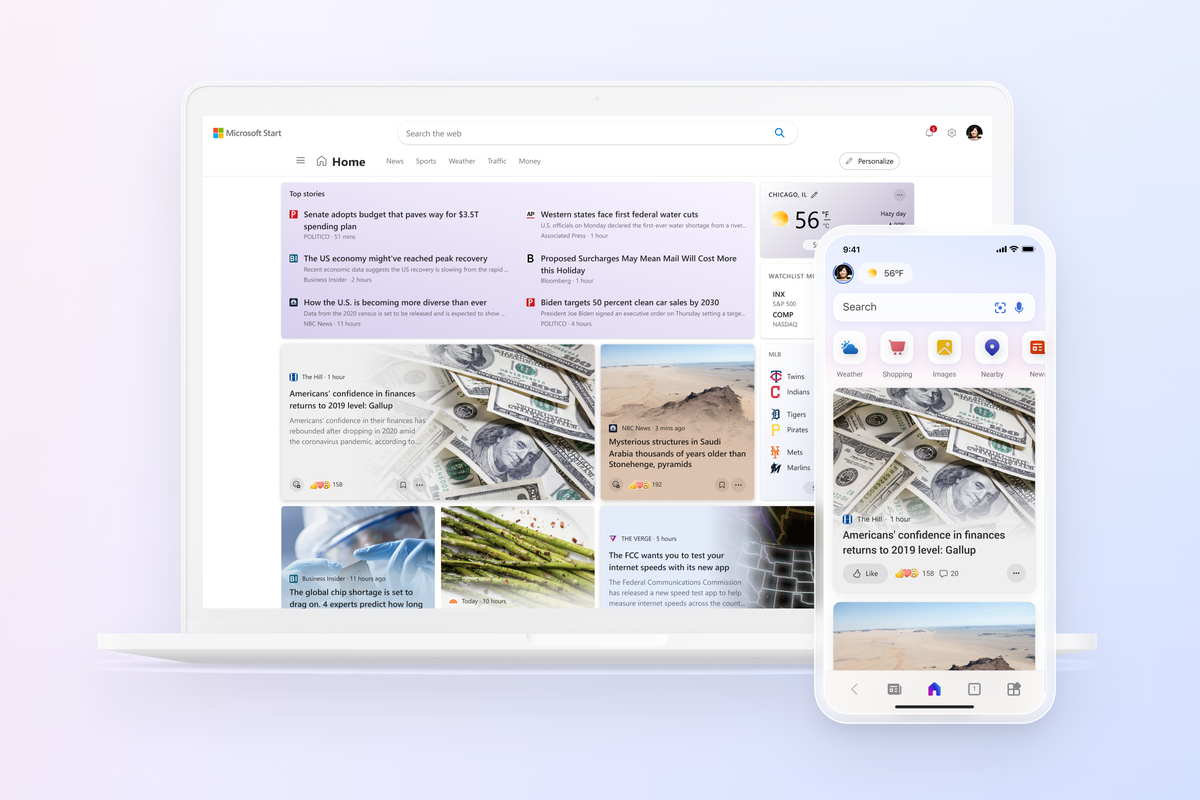 Microsoft is one of the most celebrated technology companies in the world and do you think Windows 11 is the ultimate update this year? Well, it’s not exactly the case. The Windows-maker has recently announced its updated personalized news feed feature called “Start”, and it is not even close to what you have known for all these years.

“Start” in Microsoft Windows is an established button with a specific set of features and looks and Microsoft’s latest “Start” is a personalized news feed that will be integrated into the Windows 10 taskbar and Windows 11 as a widget. Users can also access their Start news feed on the web or through dedicated iOS and Android apps along with a new tab in Microsoft Edge, just to give the updated Internet Explorer a decent push.

It is true that Microsoft’s Windows 11 has been the biggest update in the history of Windows which is yet to be experienced hands-on, but if you thought that this was the end of it this year, you were clearly wrong because Microsoft is an innovative company that does not stop developing new products, and maybe that’s why it is where it is.

Coming back to Microsoft’s “Start” news feed section, it draws its personalization skills from the company’s Machine Learning technology and Artificial Intelligence. The “Start” feature will deliver you curated news featuring topics that you are personally most interested to know about. One other specific thing mentioned in reports is that “Start” will learn how you search and what you like in a news feed. So, the more you use this new personalized news feed, the quicker it will learn what you like and what you prefer knowing about. So, there will come a day when your news feed will be near to perfect with your preferred area of interest.

This feature is reportedly replacing Microsoft News and looks like a much more polished version that people might actually like to use. Microsoft is most likely to release the “Start” news feed with the next update on Windows 10, so stay tuned!