Bitcoin adoption is increasing in Central America, with Panama becoming the latest country to embrace the digital currency. The event occurred on the same day that El Salvador became the first country to accept bitcoin as legal cash. Now, the Republic of Panama is following suit but adding its own unique stamp to the process by accepting Ethereum and other cryptocurrencies as well. 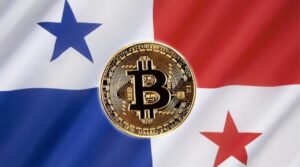 Congressman Gabriel Silva stated on Twitter that Panama has unveiled a draught cryptocurrency law. Panama, like El Salvador, seeks to increase the use of bitcoin and Ethereum as a payment option. Panama’s politicians also aim to encourage the use of blockchain technology in the public sector and in the financial industry.

Panama’s compatibility with the digital economy, including blockchain crypto assets and the internet, is explained in the bill. “Today, we introduce the Crypto Law,” the measure says. We want Panama to be a country that can use blockchain, crypto assets, and the internet. It could create thousands of jobs, and attract investment, and the government could become more transparent.”

Today, we’re going to talk about Crypto Law. We want to make Panamá a country that is compatible with blockchain, cryptocurrencies, and the internet.

This has the potential to create thousands of jobs, attract investment, and make the government more transparent.

On social media, users were quick to point to the fees associated with Prices Under Pressure

Despite wider-scale adoption of bitcoin and Ethereum, most of the broader cryptocurrency market is trading in the red today. The bitcoin price continues to hold $50,000, while Ethereum could be gearing up for a run toward $4,000.

The draft legislation touts bitcoin as a hedge against inflation and points to its divisible nature, saying that it can further be split into 100 million Satoshis as an example. It also acknowledges other cryptocurrencies including Ethereum and Cardano for similarly being divisible into more assets than traditional investments lend themselves to.

Panama is taking it easy on merchants, not mandating them to accept bitcoin or any other cryptocurrency. That was a major complaint of El Salvador’s bitcoin rollout, in which retailers and consumers alike felt compelled to use bitcoin as a currency all of a sudden.

The proposed bill, according to Silva, “does not oblige and does not intend to impose digital currency, or forced ways of payment, but rather the right to utilise cryptocurrencies such as Bitcoin or Ethereum.”

This could be the difference between Panama and El Salvador, where protests erupted due to a lack of understanding of bitcoin.