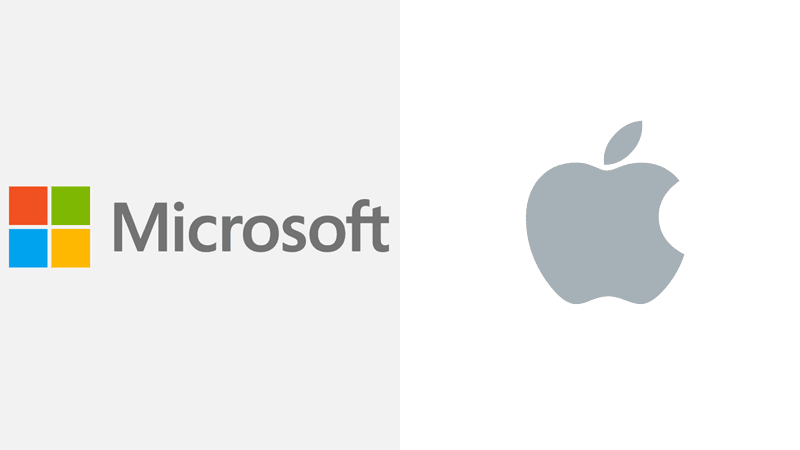 Apple, the iPhone-maker is one of the world’s most popular consumer electronics brands and we all know how much we love our expensive iPhones, right. Ever since 2010, Apple is the most valuable public company in the world, but recently on Friday, Microsoft regained its position to become the most valuable company across the globe, beating Apple.

Apple shares have gone down by 2 per cent which encompasses an approximate 6 billion worth loss in its sales during the fiscal fourth quarter. This happened majorly due to the ongoing global supply chain issues. There are no chips in the market available for Apple to continue its production process, leading to a close disaster in the company’s Wall Street expectations, as mentioned in a report by Reuters.

Tim Cook, Chief Executive at Apple says that this issue is persistent and a more serious impact could be witnessed during the holiday sales quarter. In addition to this, because of major hardware dependency, Apple is also the most vulnerable and exposed to this supply chain disruption.

Apple’s market capitalization today is approximately USD 2.48 trillion after its shares drop 1.8 per cent to the end share value at USD 149.80. On the other hand, Microsoft is killing it with its cloud computing services and its shares consecutively went up by 2.2 per cent to hit the share market price at a record high of USD 31.62, leading to a market capitalization of USD 2.49 trillion.

So, Microsoft finally wins! Apple is the second most valuable company in the world after Microsoft and there is no shame in admitting so because it is not about iPhone sales and the failure of Apple as a brand. This loss in sales and position in the market is due to the supply chain market disruption which is an external factor. Now, as soon as this disruption stabilizes as promised by President Joe Biden, Apple’s numbers will rise back up again and there will absolutely be no shock when Apple’s shares beat Microsoft’s value.

Nevertheless, Microsoft is doing great this year, in terms of sales, in terms of market reputation and overall numbers. The Windows-maker has surged 49 per cent this year and that too during the time of the pandemic, majorly because of its leading cloud computing service- Microsoft Azure. On the other hand, Apple’s shares have only climbed 12 per cent to date this year.

As mentioned in a report by Reuters, analysts praise how Apple under Tim Cook’s management has managed to keep its head up through these supply chain issues but Cook is concerned about the upcoming festive holiday quarter.