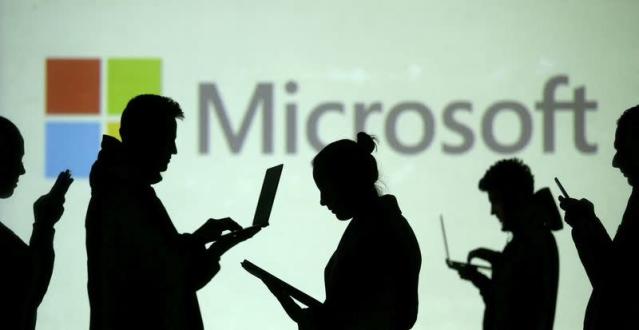 Microsoft commits to ban non-competes and increase pay transparency in the US The software firm said changes to the enforcement of non-compete clauses would not apply to the company’s most senior leadership.

Microsoft Corp said that the company would stop enforcing existing non-compete clauses in the United States, while also committing to a civil rights audit of its workforce policies in 2023.

The Redmond, Washington-based software firm said changes to the enforcement of non-compete clauses would not apply to the company’s most senior leadership.

The software firm also aims to have salary ranges in all of the company’s internal and external job postings across the U.S. by at least January 2023.

It would also no longer include confidentiality language in its U.S. settlement and separation agreements that prohibits workers from disclosing conduct they perceive as illegal.

The new policies aim to address concerns raised by employees that current non-compete obligations are being used as a forced retention tactic.

Consequently, the company will be removing non-compete clauses from US employee agreements and will not enforce existing clauses for workers outside of Microsoft’s senior leadership team.

Microsoft Corp (MSFT.O) will not resist unionization efforts from its employees, its President Brad Smith said on Thursday, in a sign of growing receptiveness in the tech sector that has been for long unconcerned about organized labor.

Microsoft recognizes employees’ legal right to choose to form or join a union, although they “will never need to organize to have a dialogue” with leaders, Smith said in a blog post on Thursday.

The comment comes against the backdrop of recent agitations from employees at several technology companies.

Last month, a small group of workers in a division of “Call of Duty” videogame maker Activision Blizzard, which is being taken over by Microsoft, voted in favor of unionizing.

In response, Activision said it believes 19 employees should not be able to make a decision impacting a larger group of its employees.

The timing of these announcements coincides with recent changes to employment laws in some US states. Microsoft’s corporate headquarters are located in Washington, a state that recently passed multiple pieces of legislation to prohibit pay discrimination, promote salary transparency, and ban agreements containing non-disclosure and non-disparagement provisions.

Washington is not the first state in the US to outlaw non-disclosure agreements. A bill introduced in California in January 2022 bans the use of confidentiality and non-disparagement clauses in settlements or severance agreements against workers who have experienced harassment or discrimination.

Microsoft has also made several diversity and inclusion pledges, most notably through the expansion of Employee Resource Groups (ERGs), the creation of a racial equality initiative, and a commitment to bridging the disability divide.

The announcement of these new workplace initiatives comes just a week after Microsoft promised to engage with employee unions at the company and stated that it would not seek to stop them from forming.

“Recent unionization campaigns across the country — including in the tech sector — have led us to conclude that inevitably these issues will touch on more businesses, potentially including our own,” said Microsoft president Brad Smith, in a blog post published in June 2.

“This has encouraged us to think proactively about the best approach for our employees, shareholders, customers, and other stakeholders.”