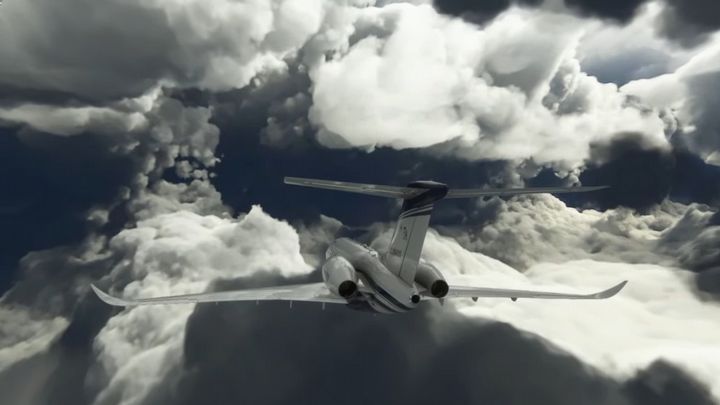 Microsoft Flight Simulator and its Cloud technology will allow you to view and experience events in real-time, the hurricane season has become more appealing to players, and a player went hunting for Hurricane Ida. As destructive hurricane Laura made its way across the Gulf of Mexico on Wednesday and Thursday, players in the recently released Microsoft flight simulator observed that they were able to fly through a digital version of the storm thanks to its live weather simulation. The day before landing, several players flew through a simulation of the hurricane.

Realism is reinforced by real-time weather data from Microsoft Bing servers that provide armchair pilots with real-world conditions in their flight area, such as turbulence, thunderstorms, and general clouds. The real-time weather option creates the same weather in the virtual world window that makes Hurricane Ida appear in the Microsoft flight simulator. The breathtaking images of the players offer a fascinating view of an active and simulated hurricane.

For this version of the game, Microsoft has teamed up with Swiss company Meteoblue to improve weather conditions. Players can connect to the network and use the real-time weather option to generate the same weather in the virtual world through a window.

Microsoft’s 2020 version of the flight simulator gives players the ability to fly around the world and experience realistic weather conditions from the comfort of their own homes. Players can use the software to explore parts of the world they have never seen before, including an attempt to reach Jeffrey Epstein’s private island. A user called Alex said the game would create a new genre of gaming events where people can follow IRL weather events in the game and experience them first-hand.

In the real world, people continue to struggle with the consequences of a very real Ida hurricane, with many forced to leave their homes and the exact death toll yet unknown. There is only one major hurricane in the basin this year. A lot of rain to the northeast of the Caribbean by a tropical storm named Henri, the news is forecasting it to take the form of the next-stage Hurricane Ida.

Thanks to Microsoft’s implementation of solutions such as a live weather system in the flight simulator the game offers a unique virtual pilot experience, an experience that hardly existed ten years ago. Now players can use real-time imagery to fly through hurricanes, including Hurricane Laura. Users have suggested the game’s new real-time weather feature to create a new game of playing during storms.

Although simulation does not do 100% justice to actual weather conditions, it can be assumed that they can be reproduced at least reasonably accurately. Towards the north, players fly across the vast blue expanse of Lake Michigan, which is pretty boring until they meander through Chicago’s iconic skyline. On the way, the real Hurricane Ida appears and the game turns to the player who decides to fly through his center. The player approaches a landing and has to deal with the hurricane.