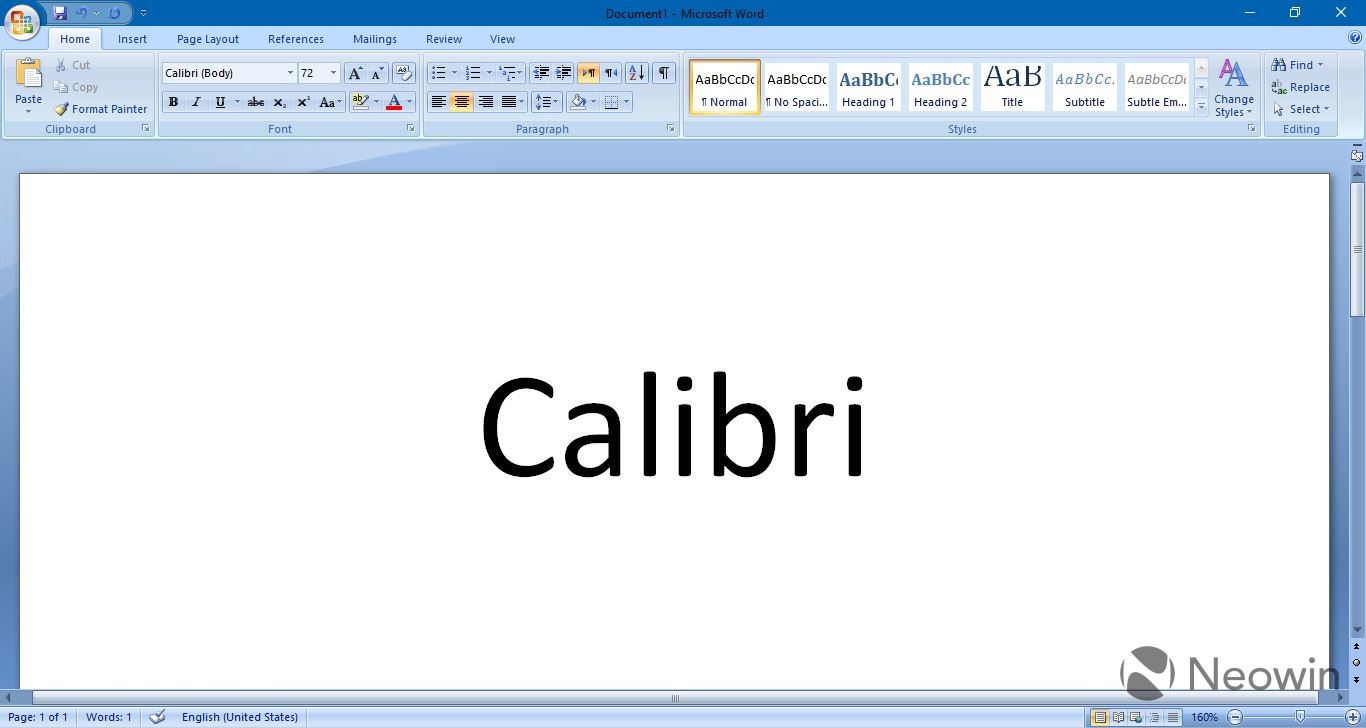 Who knew fonts could make headlines too! Well, Microsoft does make a big deal about its fonts and the default Office font, ‘Calibri’ has not left its throne for over a decade now but things are about to change.

It seems like the Windows-maker is bored after all and so are we with the same old ‘Calibri’. Fonts play a major role in creating an overall aesthetic when presenting or creating a document and MS Office is a default platform where all the productivity happens.

Anyhow, Microsoft is being too generous with this change and is not taking it upon itself to select a new default font. As the company announces its plans to replace ‘Calibri’ with a new default font style, reports suggest that it has also commissioned five new font styles from a separate team of designers for this new change. As mentioned in a report by Mashable, the five new fonts namely- Seaford, Bierstadt, Skeena, Tenorite and Grandview will be battling each other for the throne of the new default font.

However, the company is not taking this decision upon itself entirely and is asking users to select a font out of these five. As confirmed from multiple sources, the fonts that don’t make it to the default will not be removed from the Office fonts library and will still be readily available for users to work with.

This is more like it-how you need to depict them so we can vote properly! pic.twitter.com/ZlRg45B8ne

How do you vote? If you are interested to vote for your favourite font and want the font to be default for another decade or so, then head over to Microsoft Office 365’s Twitter page and select your choice for the next default font after Calibri.

According to Mashable, the five new fonts are also available across all Microsoft Office applications in Microsoft Office 365 which is the subscription-based MS Office. If you wish to have a look and judge the new fonts before giving your vote, head over to your MS Office 365’s settings> click on Files> Go to Account> Account Privacy> go to Manage Settings> Enable optional connected experiences.

Enable this option and the new Microsoft office fonts will be available for you to try and judge. Before Calibri, the default font for Microsoft Office was Times New Roman and it still is one of our favourite fonts. Calibri had a good run in terms of visual aesthetics that it brought to the Office.

Anyways, it is time for a new era for Microsoft with its new default font. Stay Tuned to find out which font won the title of “Default”.